Guide to playing 'Jackal' in 'Border'

■ Border - Jackal guide   Border is a small map with 1F and 2F. The building itself is pretty small, so the game often uses the entire map. The attackers have a lot of windows they can use, but the defenders can also use them for a runout play so be cautious.   It could be due to the size of the building, but the objective locations are pretty odd. There’s one on 2F, and three on 1F. As a result, most of 1F bombsites are vulnerable to vertical plays from 2F. Not only that, the bombsites other than Ventilation Room~ Workshop has a wall connected to outside, making hard breachers extremely useful. 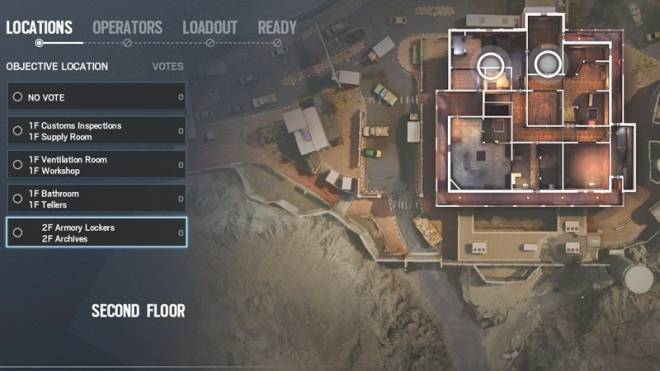 ▲ Border is a very narrow building and has three objective locations on the 1F for some reason.   Jackal has the Eyenox Traker as his unique ability, and is known as the best anti-roamer in Rainbow six siege. The Eyenox Tracker allows you to see the footprints of the defeders and you can know not only if they have been here. You can know when they have been in the area, who it was, and where they are currently. This counter roaming was too powerful that he was banned for a very long time in ranked.   Jackal is also known to have a strong loadout. He can use the C7E, a top tier assault rifle available to attackers, and he has the ITA12S shotgun as a secondary weapon, allowing him to do soft breaches. He can even take the smoke grenade and claymore mine, allowing him to be useful in multiple situations. 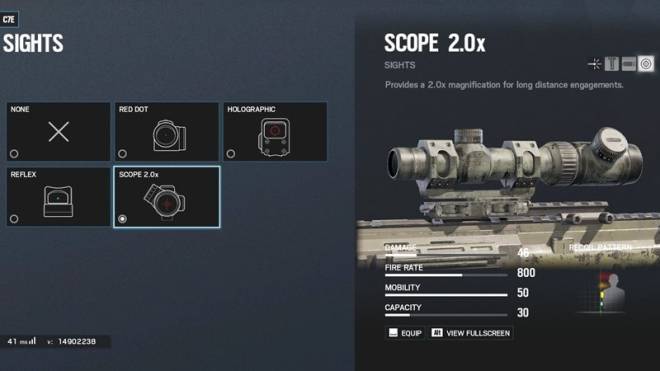 ▲ C7E can use Scope2.0x after the Shadow Legacy sights rework   ▣If '1F Customs Inspections ~ 1F Supply Room' is the site Usually you start in this area by having a hard breacher spawn at Alley, go down Parking Lot Alley, and breach the wall to Detention. If you take down this wall, you can head to Customs Inspection or Supply Room from Detention. Therefor defenders will try to stop you, by having Bandit or Kaid and try a Bandit trick, or do a runout from Exit hallway or Ventilation Room.   It’s also possible to detour through 1F Passport Check or go to 2F Security Room and open the hatch to 1F. Jackal can use either routes, but to maximize his ability, he should try to start from far and slowly come inside. 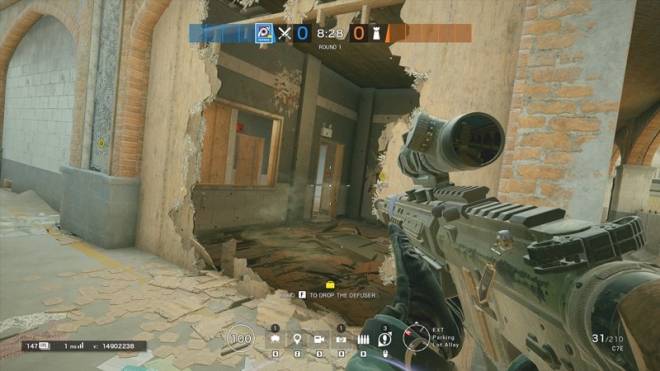 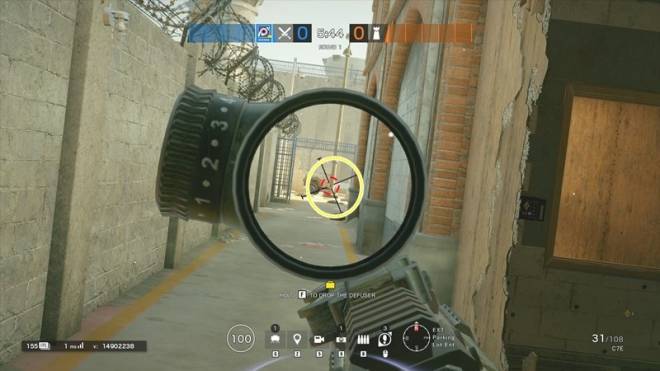 ▲ However, the defenders can do a runout to catch the hard breacher so cover this angle 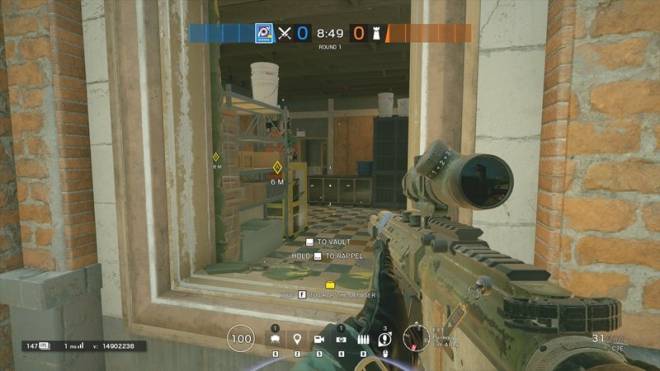 ▲ There’s a window to Supply Room near Exit Hallway, and it’s not a bad angle to hold 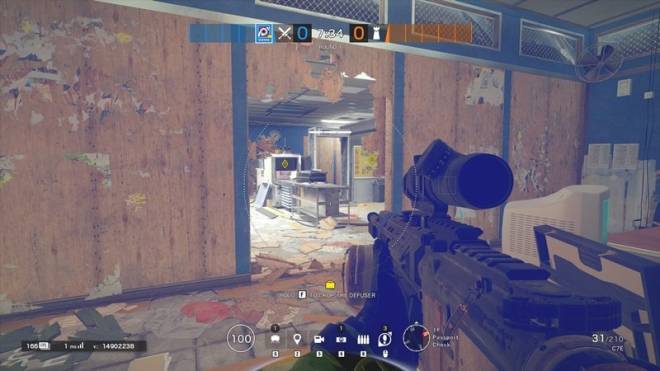 ▲ Wall taken down at Passport Check. You can flank from Detention and here at the same time. 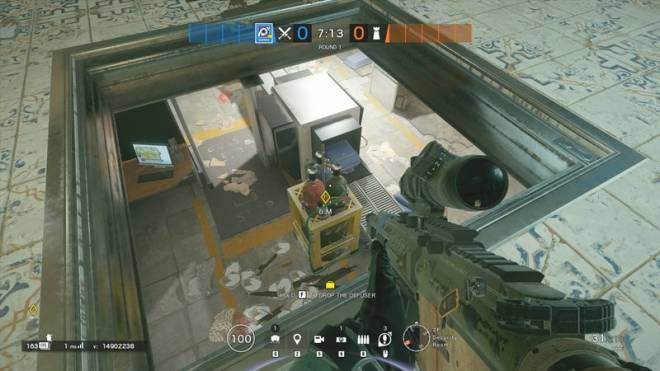 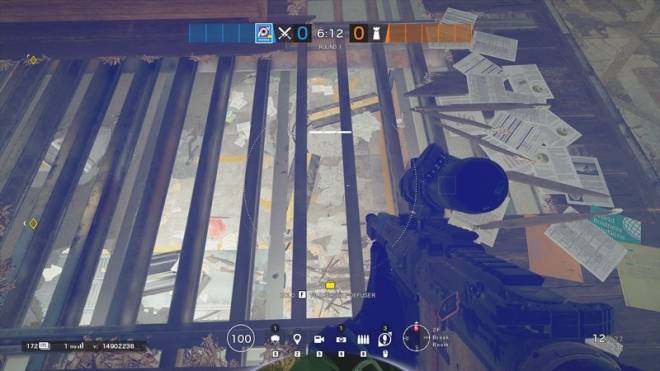 ▲ You can do a vertical play from 2F Break Room, or scan footprints   ▣ If '1F Ventilation Room ~ 1F Workshop' is the site   As explained before, there isn’t a wall like the one at Detention, but you can have an angle at everywhere in the Ventilation Room from windows and doors. This makes it hard to defend inside the room, so usually defenders make a rotation to Server Room, and defend Ventilation Room from there. To capture Ventilation Room, you need clear Server Room.   Again, you can surround the bombsite by coming in from the opposite side’s window or door or do a vertical play from the 2F. Armory Desk and Archives each has a hatch to Server Room and Workshop so together with a hard breacher, you can pressure the defenders. Jackal’s Eyenox Tracker should be used so that you can detect hiding defenders and make sure your teammates don’t get ambushed. 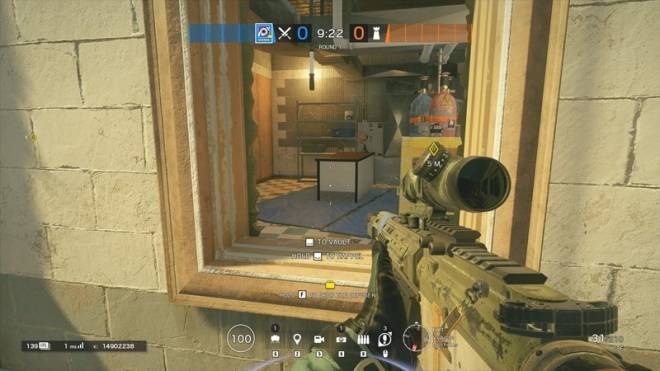 ▲ It’s hard to hide inside the Ventilation Room 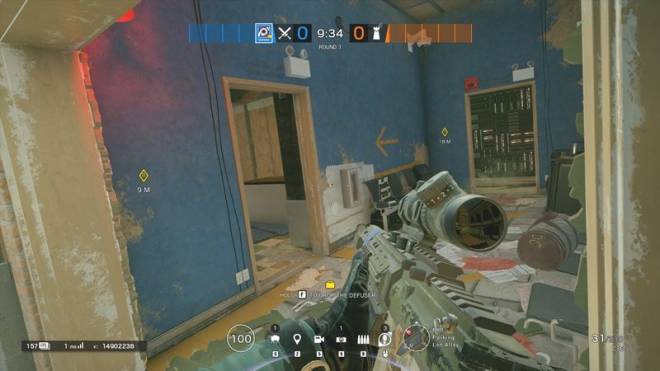 ▲ You can cover Ventilation Room from Exit Hallway, but you are exposed to Server Room’s door 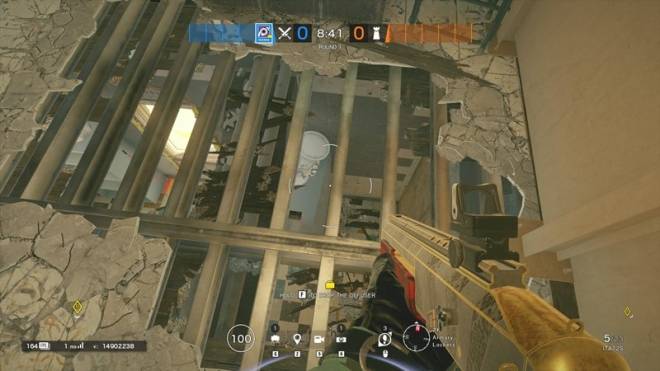 ▲ If you shoot the Armory Locker’s floor, you can make an angle on Ventilation Room and Server Room 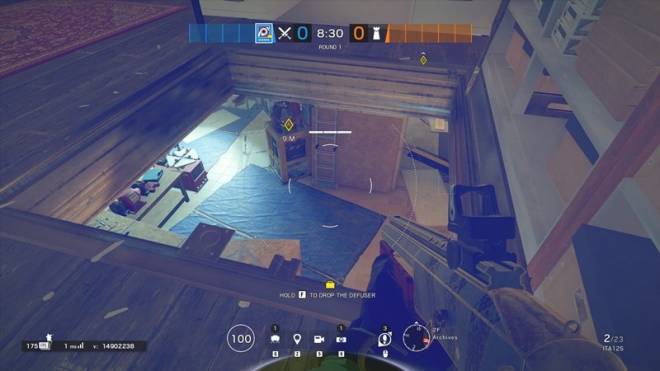 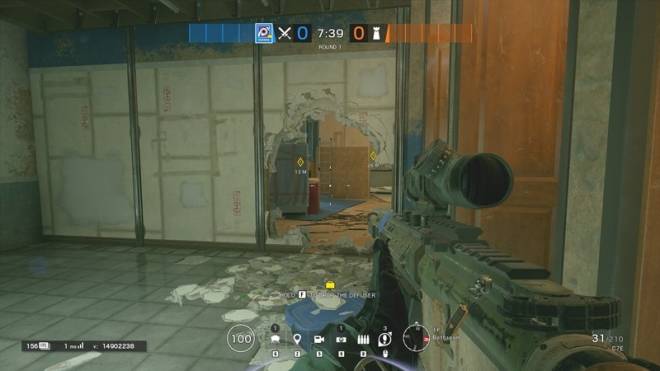 ▲Wall taken down from Tellers or Bathroom. You can try to flank from here.   ▣ If '1F Bathroom ~ 1F Tellers' is the site   There’s a wall that is connected to Teller’s at the outside of the building, so you should start by breaching here. There is a window right next to this wall so even if the defenders placed a shock wire or electroclaw, or did a Bandit trick, this window allows you to get rid of them. It’s inevitable that this wall gets taken down in the beginning of the round.   However, going straight to Tellers after breaching would end up with you getting shot from the defenders hiding in different places. Defenders often wait from 2F after opening the floor, or open the hatch at Office and look down at Tellers. Therefor you must use your drones to find out which angle the defenders are at, clear it, and then head to Tellers. 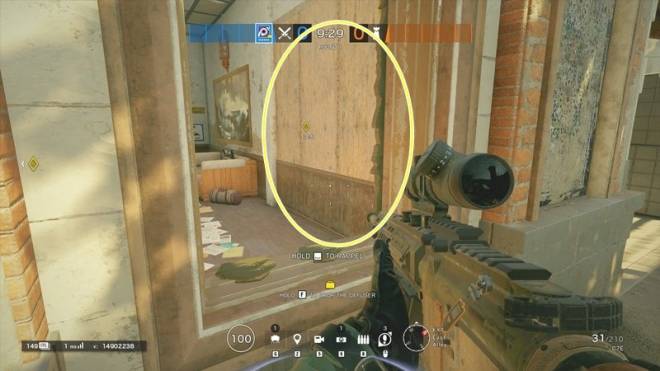 ▲ The Tellers window, allowing you to get rid of gadgets 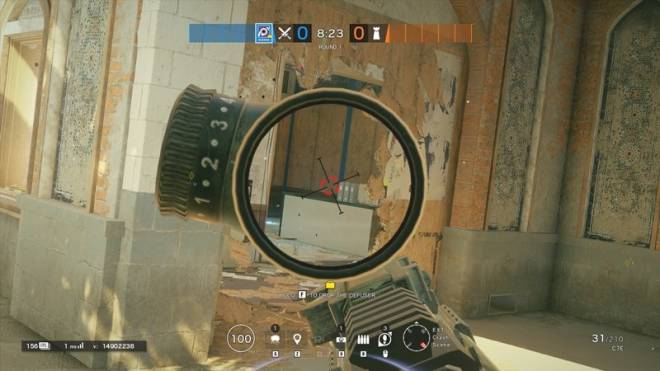 ▲ You can easily breach Tellers wall, and get an angle on inside 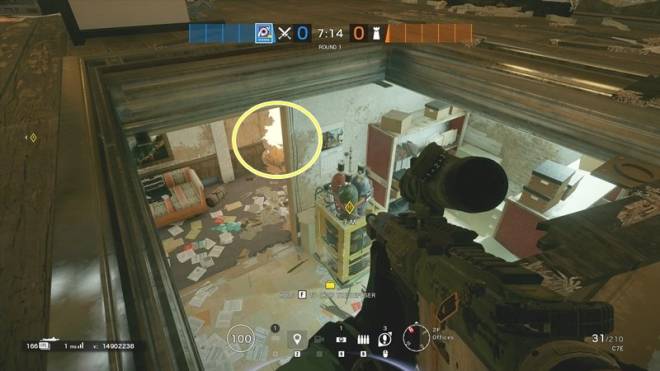 ▲ However, you will end up dead if you rush in after breaching 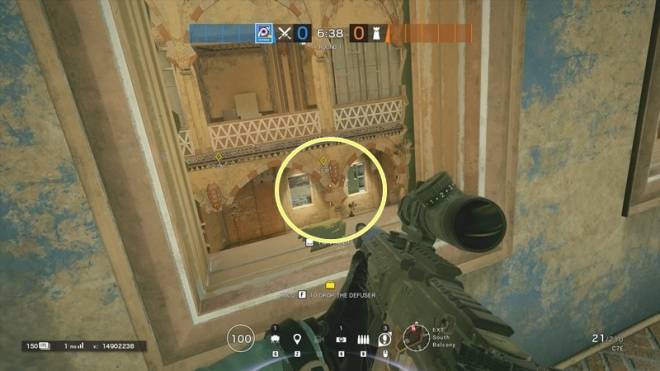 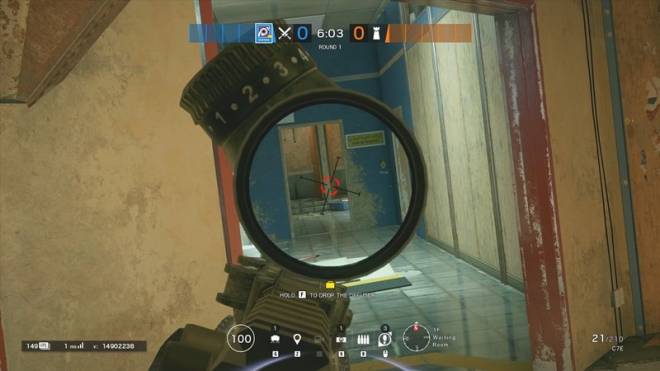 ▲ It’s a good move to get an angle on Toilet by going through Waiting Room   ▣If '2F Armory Lockers ~ 2F Archives' is the site   The only bombsite on 2F, meaning there is no threat of vertical play, which is why the defenders often vote here. However, there are balconies that the attackers can climb up to all around the building. Attackers often start their attack by rappelling up to the balconies.   There is a wall at West Balcony leading to Lockers, and a hard breacher should breach it. However, if you get ambushed from defenders hiding at Security Room, it’s very critical so Jackal and other supports should try to clear Security Room and Break Room first.   You can also go to Archives from North Balcony or Main Hallway from South Balcony, so time your attack with your team and attack from multiple directions at the same time. 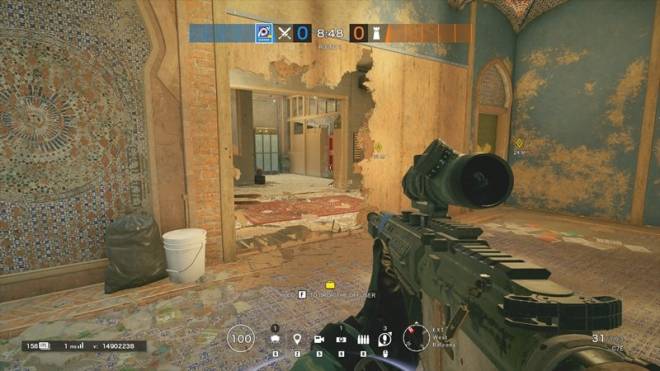 ▲ You can make an angle on Armory Locker from West Balcony by opening this wall, 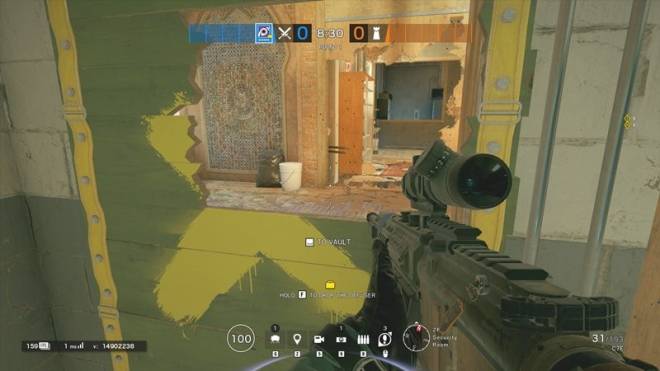 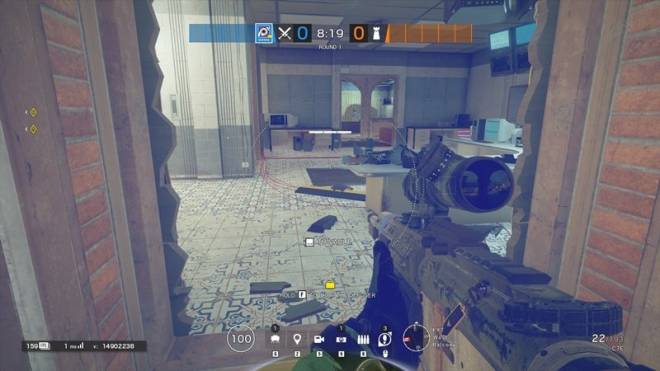 ▲ Therefor, have Jackal or other operators clear Security Room first 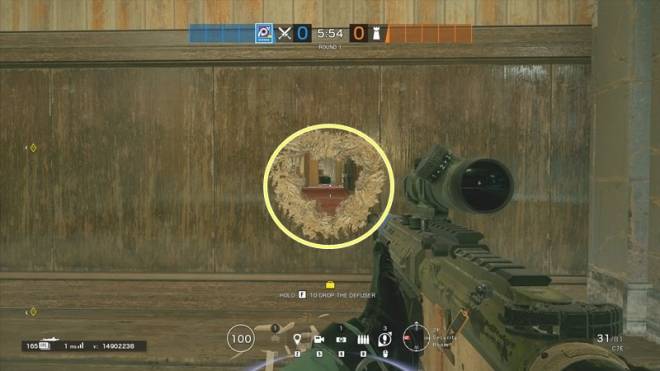 ▲ You can get an angle on Main Hallway from Security Room by a punch hole. 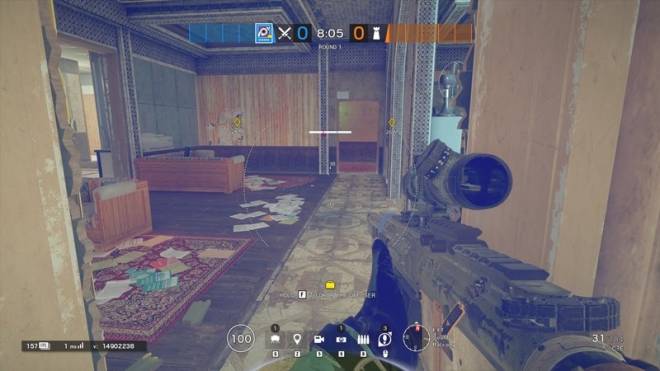 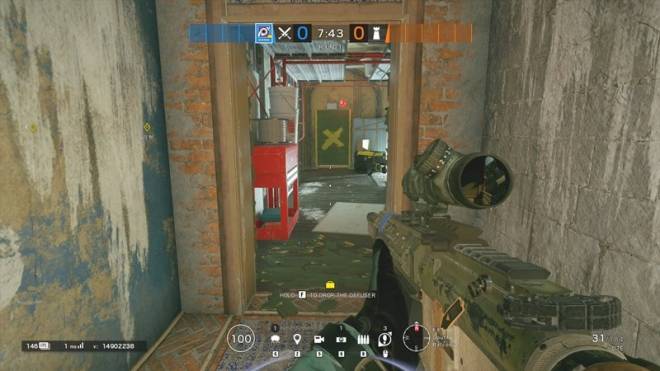 ▲ East Stairs route, you can turn left to go to Main Hallway 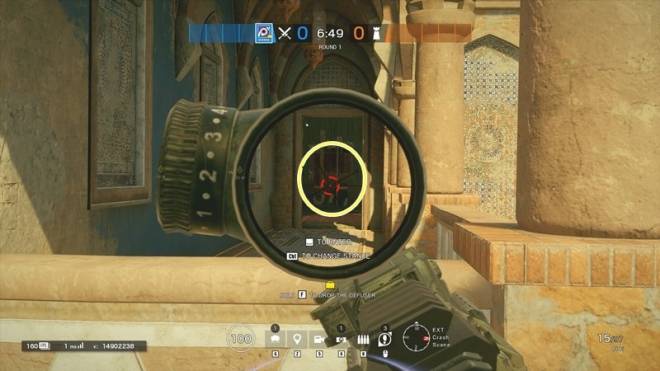 ▲ Angle on Archives from North Balcony 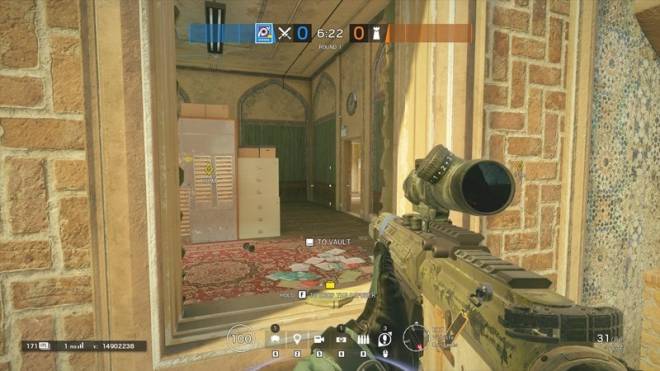