Today’s guide will be different from the regular style. Specifically, it will be focused on reinforced hatches. I think many players will be confused on what exactly this means, so I hope to clarify things for my fellow Siegers.   Many of you are already aware that defenders in Rainbow Six Siege can reinforce walls as well as hatches. Most maps include these hatches as a means of moving through each floor. Attackers can use these hatches to drop down close to Bombsites which encourages defenders to reinforce hatches that are close to the objectives.   However, there are hatches that cannot be reinforced, specifically the rooftop hatches. Defenders cannot leave the interior of the building during the Preparation Phase and they also do not get rapples like the Attackers which means they almost never get to reach rooftops. This of course means defenders cannot reinforce rooftop hatches. 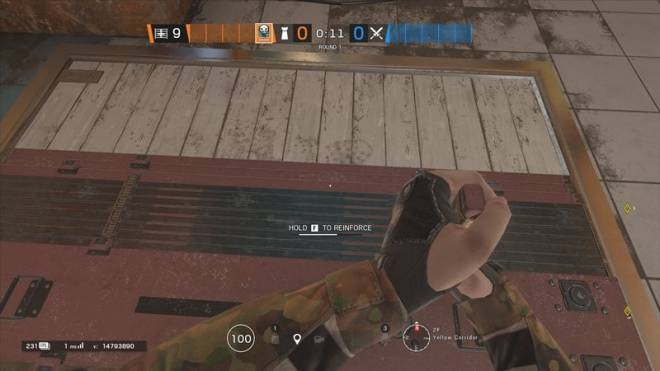 ▲Defenders can reinforce hatches in addition to walls to stop the attackers’ advance. ▲However, they cannot reach the rooftop hatches to reinforce them.   Operation Shadow Legacy’s Test Server received an update that pre-reinforced rooftop hatches which caused a lot of controversy. This may seem like a minor change, but it actually has a big impact on how attackers and defenders plan their strategies.   Today, we’ll be digging deeper into these rooftop hatches. I’ll talk about why the developers decided to reinforce these hatches as well as how this will impact the game. 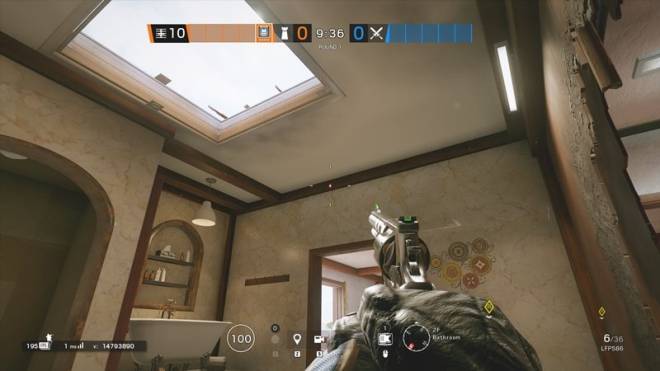 ▲Coastline’s Bathroom hatch. This hatch combined with the Penthouse window makes defending the Bombsite from within it impossible.   ▣ What impact will these hatches have on the game?   Certain rooftop hatches such as the ones in Kafe, Club House, and Coastline gave attackers a very strong attack route. The attackers could use breach charges, shotguns, Buck’s Skeleton Key, Sledge’s Breaching Hammer, etc. to breach the hatches and drop down into the building. This was very problematic for defenders and many defending teams chose to outright give up on defending this area.   Kaid was originally revealed as an operator that could throw his Electroclaw onto roofs to make an electric current, but since it was still impossible to actually reinforce hatches Kaid rarely used his Electroclaws in that fashion. Instead, Kaid players would equip the TCSG12 Shotgun with ACOG sight to perform a Bandit Trick from a distance. ▲Many defending teams chose to give up this area in Club House’s second floor because the hatch was so problematic. 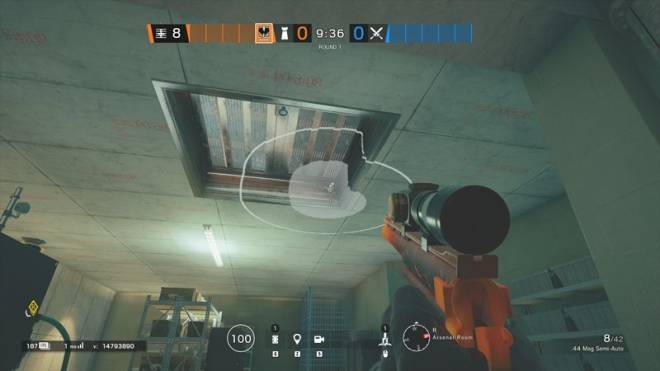 ▲Although possible, it was rare for Kaid to ever use his Electroclaw on hatches.   The developers wanted to fix these issues and chose to pre-reinforce hatches. With this change, defenders should be able to defend areas near hatches instead of being forced to give them up. Kaid can also help defend hatches from being breached by the enemy team.   Of course, this means attackers will lose their advantage and their advances will be significantly delayed. Attackers were already short on time before this change and now they will have even less. In a meta where defenders are getting more and more gadgets, this is clearly not what the developers had wanted.   Even if attackers manage to breach the hatches, they will have that many less gadgets for their interior attack. Hibana needs to use one of her X-Kairos just to breach one hatch and Ace needs to use two Selma Breachers. These reinforced hatches will severely hinder the attackers’ gadget usage as well. 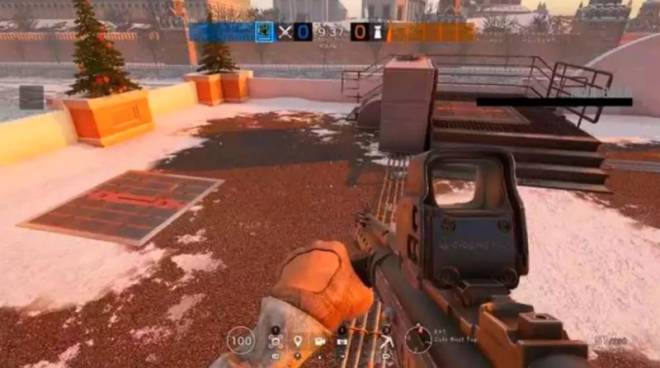 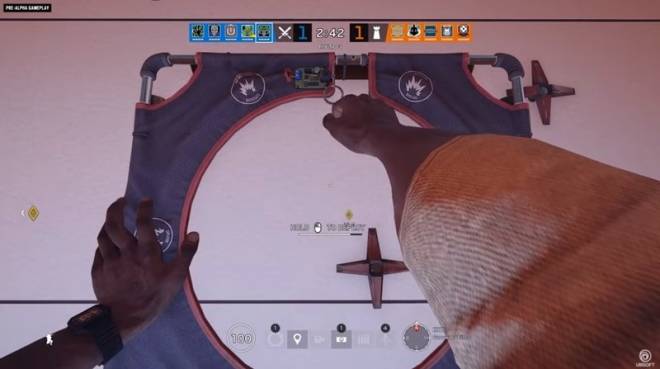 ▲The Hard Breach Charge can be deployed on walls similar to Thermite’s Exothermic Charge, but you cannot reclaim it and it takes more time to detonate. ▲A preview of Hibana’s new abilities. She can distribute and fire 18 X-Kairos Pellets at will.   ▣ What do you think of the new rooftop hatches?   The reinforced hatches have not made it to live servers, but developers will most likely implement it in some shape or form. In fact, the developers are continuously adding new changes related to hatch-breaching as well as giving Maverick an additional Blowtorch Canister.   The Hibana rework will also give her more opportunities to breach hatches and the developers have even said their goal with this rework is to help her breach hatches more effectively. If the Hibana rework is still not enough and attackers are still struggling, rest assured that the developers will continue tweaking the game so attackers don’t fall behind.   The Siege community is in a state of conflict over these new hatch changes. Changes to the game are of course welcomed to keep the meta from going stale. However, it is also important to keep the game balanced for all players.   What do you think about the new hatches? Tell me your thoughts in the Poll below.