A guide to using Ying on Oregon

■ Using Ying on Oregon Oregon features is a medium to large size map, with 3 floors of elevation. Oregon provides excellent roaming opportunities with many smaller rooms for defenders to move between in order to flank their enemies. However this tactic can also be utilized by attackers once they are inside the building. This map is also well known for it’s spawn peaking, with many windows facing the various spawn points of the attackers.   Ying is a two speed, two armor attacking. Her gadget is the Candela device, which is a hybrid between a super-powered flash grenade and a non-lethal version of Fuze’s gadget. The Candela can either be thrown, or it can be mounted to soft cover and detonated against the surface. Ying cannot flash herself when using these Candela devices.   Ying has a choice of two primary weapons. The first is the T-95 LSW Light Machine Gun. This LMG boasts high damage a high damage output with 81 bullets per clip. It has a relatively low rate of fire with a higher level of recoil that reduces its effectiveness. To get more out of this weapon, you can equip it with an ACOG scope, to engage enemies at a long range.   The other primary weapon available to Ying is the SIX12 shotgun. This is a fun weapon to use if you are a fan of using shotguns, however it’s effectiveness can be quite limited when playing at a higher level. Don’t let this fact dissuade you from choosing this weapon if you are just looking to have some fun.   Ying’s only choice of sidearm is the Q-929, which is a middling semi-automatic pistol without any notable features, though it’s a solid backup weapon. 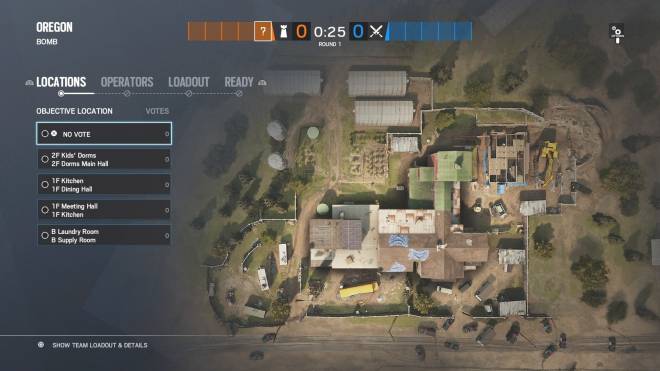 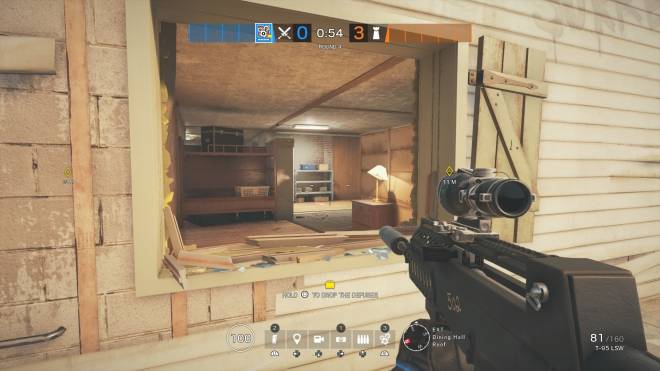 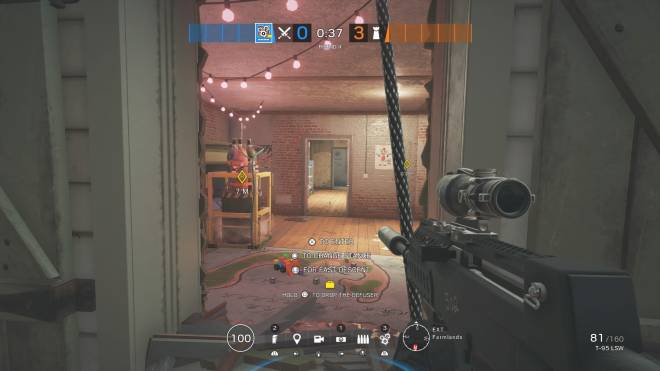 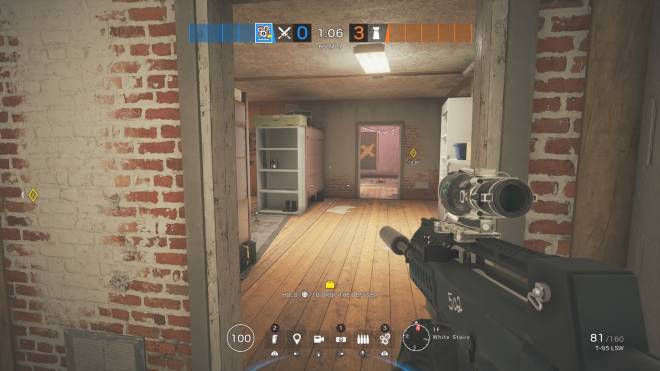 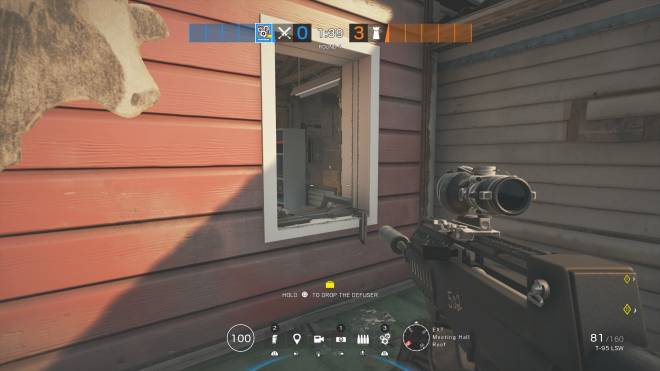 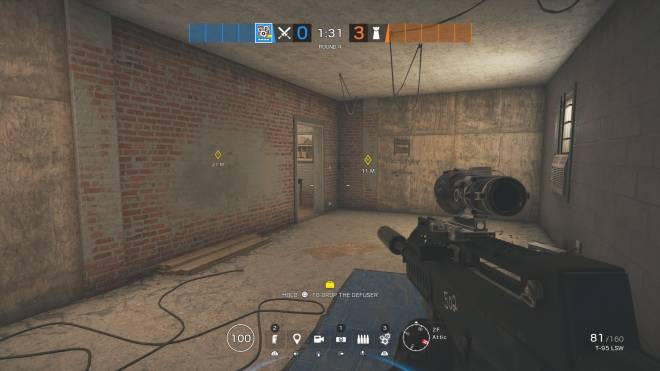 ▲ Once in the Attic, you create an opening into Bomb Site B. 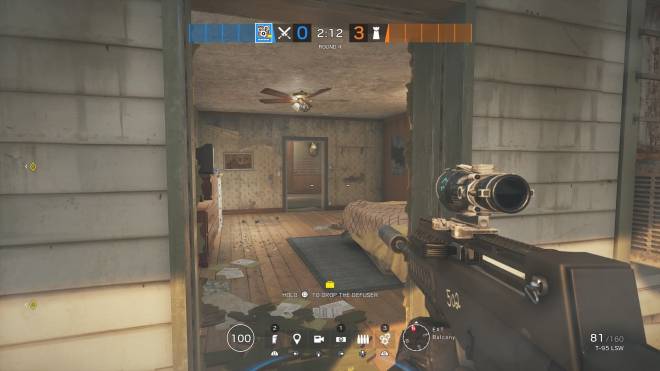 ▲ This Balcony doorway leads you to the top floor, expect a roaming defender to be in this room.   ▶ In case, the site is located at '1F Kitchen ~ 1F Dining Hall' These sites are a dream for anchors. With only three doors attackers can use across both bomb sites, which are easy to traverse between, makes one easier sites in which to stay and hold angles. Opening the reinforced walls of these sites can greatly improve your chances of success. It will force defenders to consider more angles of attack, which will prevent them from getting too comfortable.   Dining Hall, Bomb Site A, features two doors at a right angle to one another. The cover in this site is minimal, which is an advantage for you and your teammates when entering this room. Defenders will likely have their sights trained on both of the doors leading into this site, consider breaching the breakable walls to throw them off guard. 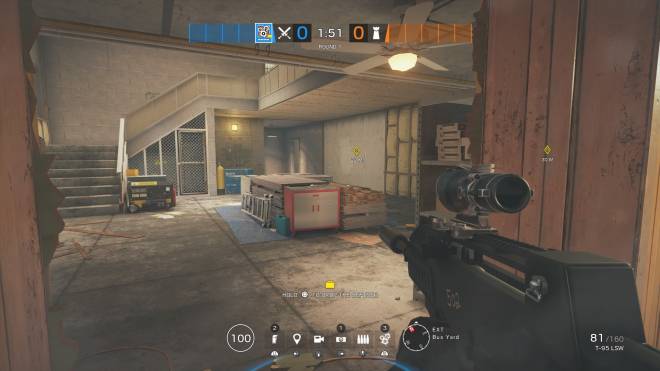 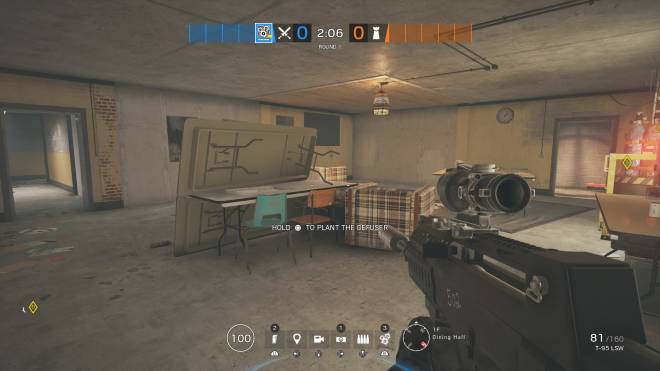 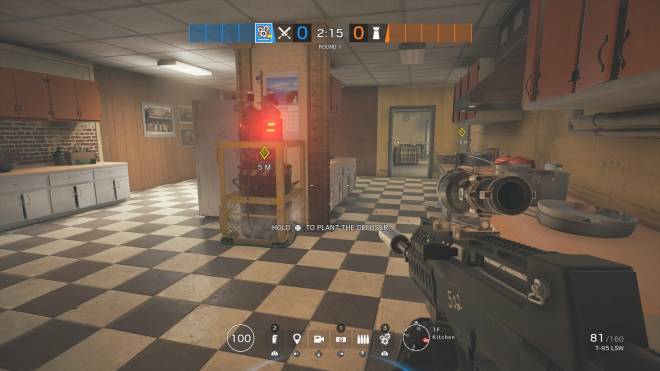 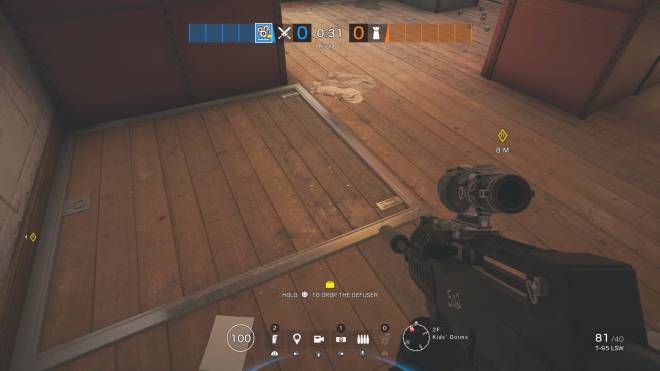 ▲ Attackers can also make use of this hatch above Bomb Site B.   ▶ In case, the site is located at '1F Meeting Hall ~ 1F Kitchen' Meeting Hall, Bomb Site A, is an expansive room with three main points of entry. The first is a large door which opens out onto the main entrance into the building, the large door at the front of the building. Therefore, as an attacker, you can reach this bomb site rather quickly. Another point of entry is the hatch above. If you gain complete control of the floor above you can wreak havoc using this hatch. The final point of entry is the door which leads to the hallway that connects the two bomb sites. Defenders may have opened up the breakable wall between the two bomb sites to provide another access point between them. You will more than likely be engaging enemies at range in this vast room, meaning assault rifles and longer range weaponry is a must. 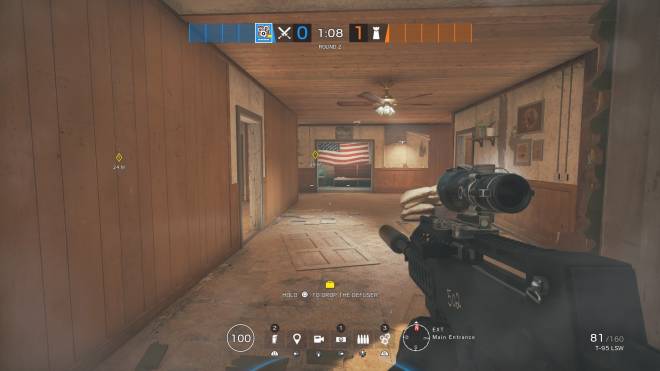 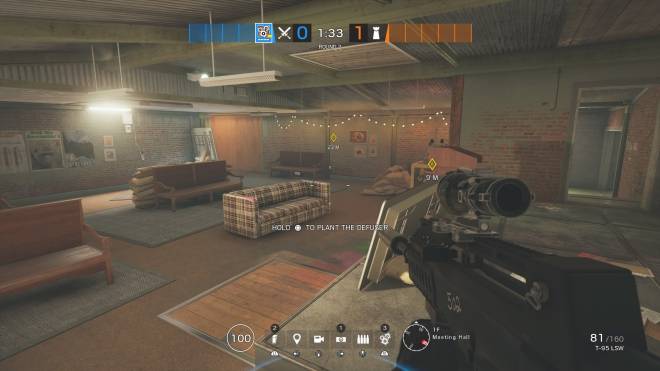 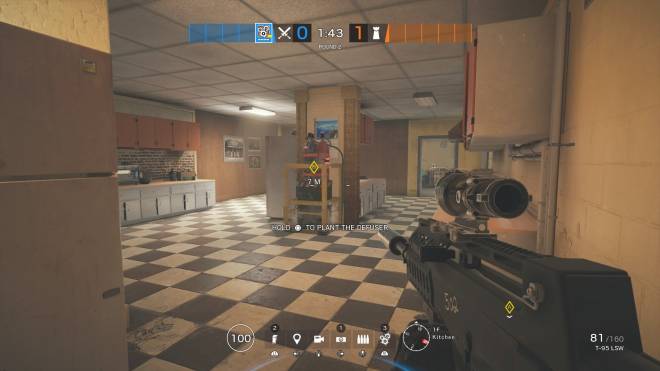 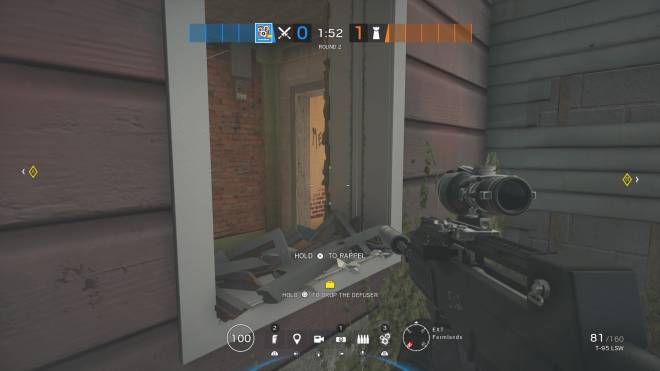 ▲ This window leads to the narrow corridor that connects the bomb sites.   ▶ In case, the site is located at 'B Laundry Room ~ B Supply Room' The Laundry Room, Bomb Site A, is accessible by a winding staircase that comes down from the main lobby above. Defenders will be frequently checking this staircase so expect some resistance if you are using this route. The bomb sites are separated by a wide hallway which leads all the way to another staircase from which attackers can access the basement. One door which shoots off from this wide hallway leads to yet another staircase. These three staircases must stay in the mind of the defending team when they are planning their defense. Use the number of stairwells to your advantage and attack from different directions. 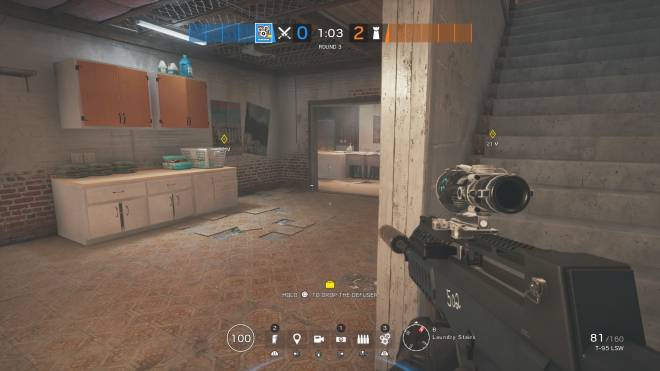 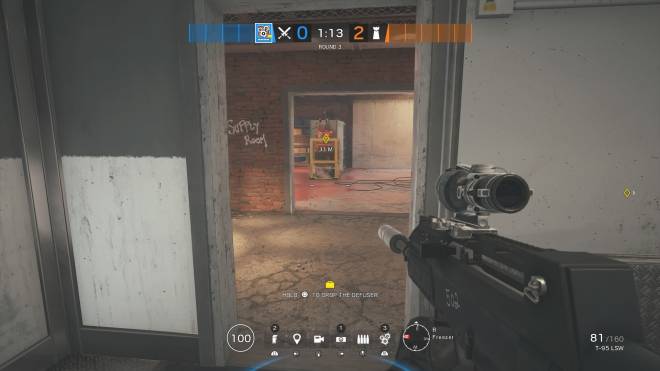 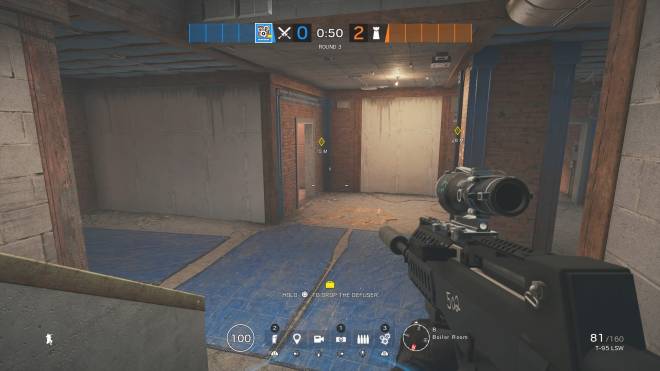 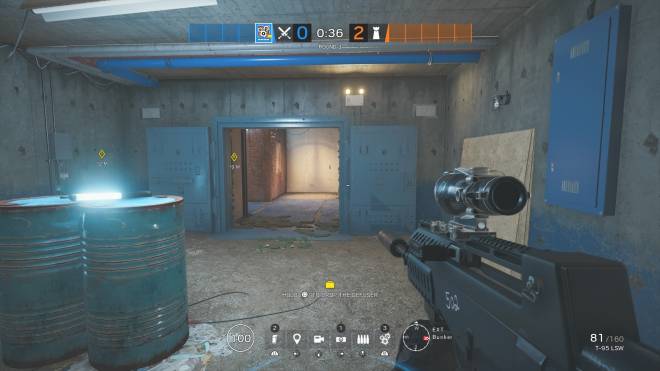 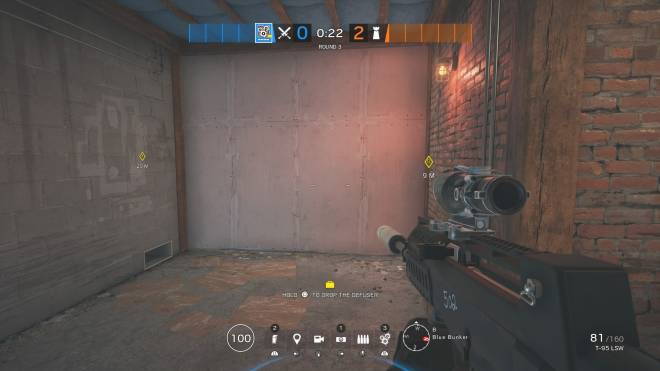