Guide to playing ‘Rook’ in ‘Coastline’

Coastline is a slightly smaller battlefield consisting of only 1F and 2F. The Courtyard is placed in the center of the building, so the whole building has a square form if seen from above. Because of this, it is possible for the offensive team to shoot the 2F corridor across the Courtyard from the building roof, which is why the defensive team's behavior is somewhat limited. Since the building itself is not that wide, the defensive team had better use the map as wide as possible to defend.   Objective Location is located two on the 1F and two on the 2F, and it does not have any particular features. However, as there are many Bombsites with narrow space, if Bombsite is placed on the 1F like other battlefields, it would be good to have a defensive member on the 2F in preparation for the offensive team's Vertical Play. 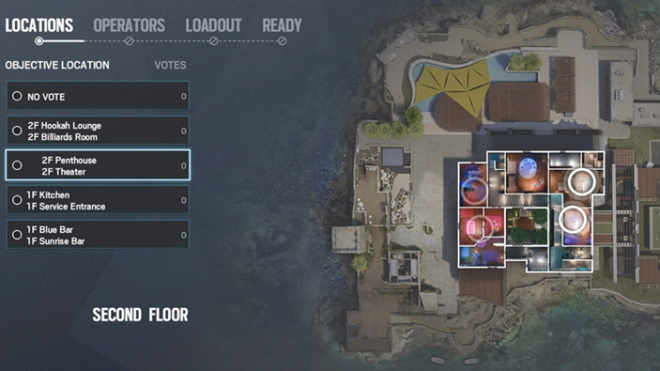 ▲ Coastline's Objective Location, with its narrow building and many windows leading to the outside, the defensive team must be well-positioned.     Rook is an operator that can distribute Armor Packs that increase defense to team members, and he looks like a supporter just by looking at his own equipment. However, the reality is that he is one of the few operators who can use the ACOG sight and can play a role similar to the defensive team's sniper. Therefore, it would be good to play in such a way to hold the angle that is expected for the offensive team to come and engage at a long distance with the ACOG sight.   Rook's Primary Weapon is MP5 and P90 SMG and SG-CQB Shotgun, and among them, the SG-CQB shotgun is not much used by players because of the inability to use ACOG sight. So players usually choose between MP5 and P90, MP5 has a stable recoil, so it's good to aim for a headshot, while P90 has high Fire Rate and Capacity. Let's choose according to our own taste. 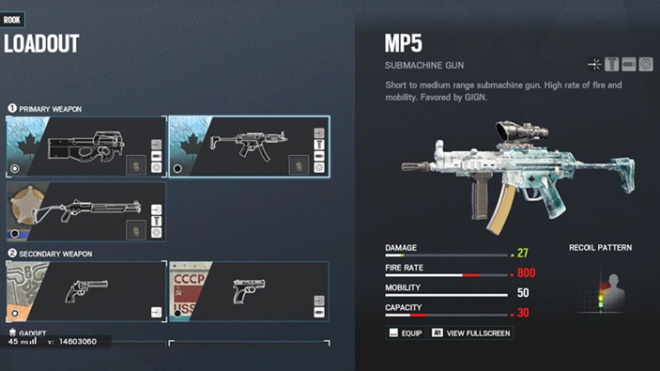 ▲ MP5 and P90 both have pros and cons, so players tend to choose according to their own taste. 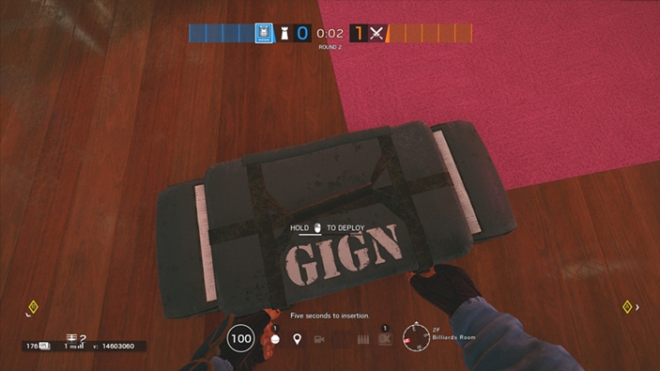 ▲ As soon as the game starts, let's put down the Armor Pack first.     ▣ In case, the site is '2F Hookah Lounge ~ 2F Billiards Room'   You can step on the Hookah Deck next to Hookah Lounge and the Balcony next to Aquarium, allowing the offensive team to check Bombsite here. Furthermore, there are also many windows that the offensive team can use for an additional check, so if the offensive team uses all of these angles, it will put a significant strain on the defensive team's behavior. Let's find out which doors and windows are open and move places so we won't be attacked.   For this reason, the defensive team needs to do Remodel works around Bombsite to create a new angle. Rook can choose Impact Grenade as a gadget, so it would be good to use it if the team doesn't have an operator to work with Remodel or if they're busy in the Preparation Phase. First, it is recommended to use it to pierce the wall between the two Bombsite and, if necessary, another one from the Hookah Lounge to the North Stairs. 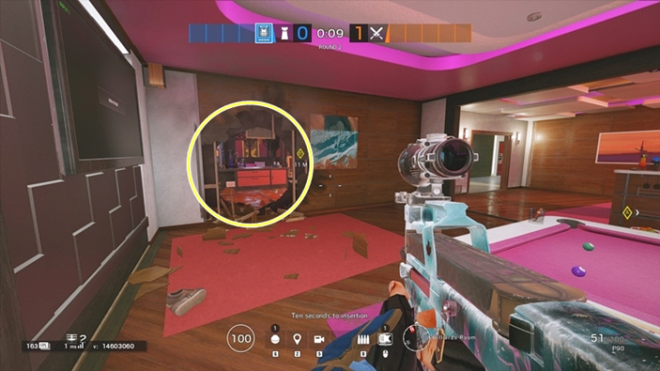 ▲ Let’s use the Impact Grenade to break the wall between the two Bombsite so that we can move freely. 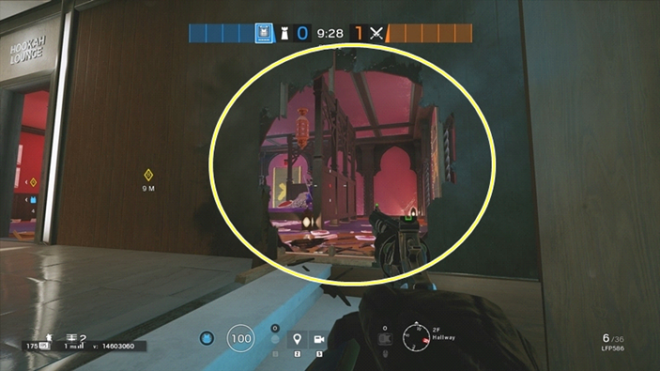 ▲ The remaining one should be thrown into this place to create an angle that can check the doors and windows at the same time at the North Stairs. 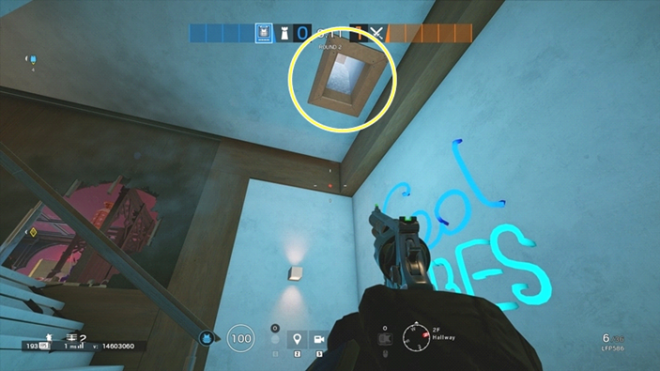 ▲ But be careful here, Frag Grenades can fly through this hole on the roof. 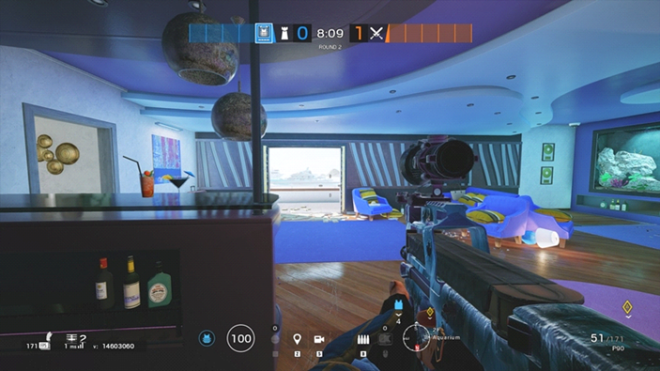 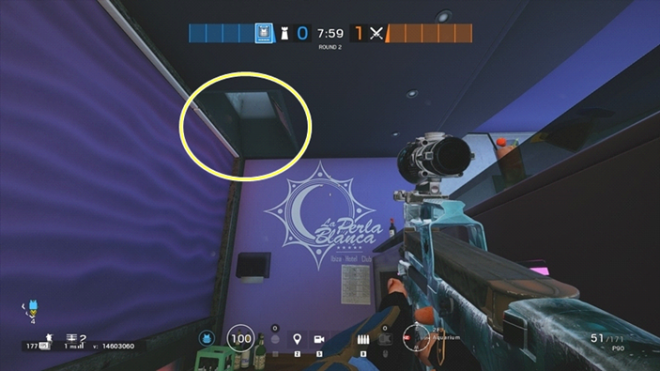 ▲ But this place is also dangerous because Frag Grenades can fly through this hole above. 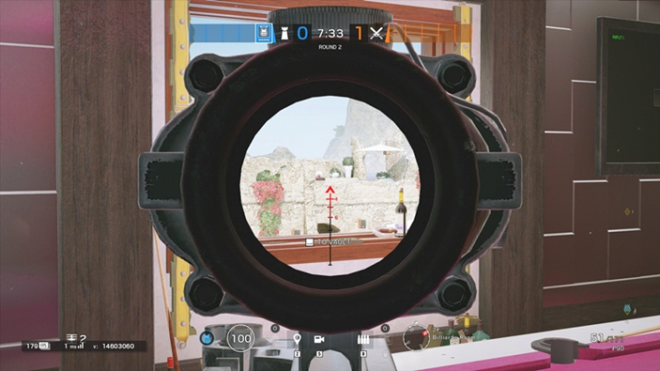 ▲ If the Billiards Room window is opened, the offensive team may attempt to shoot from the Ruins, so be sure to cover yourself up. 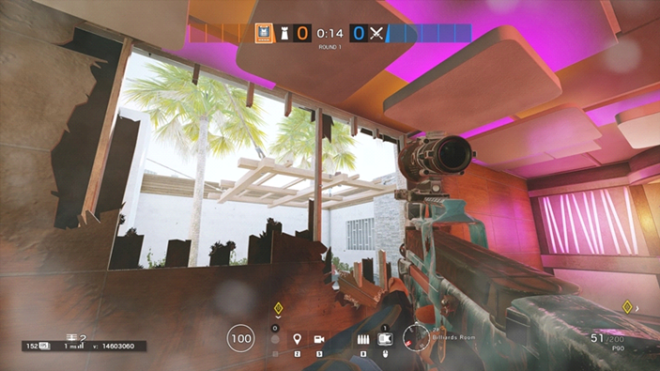 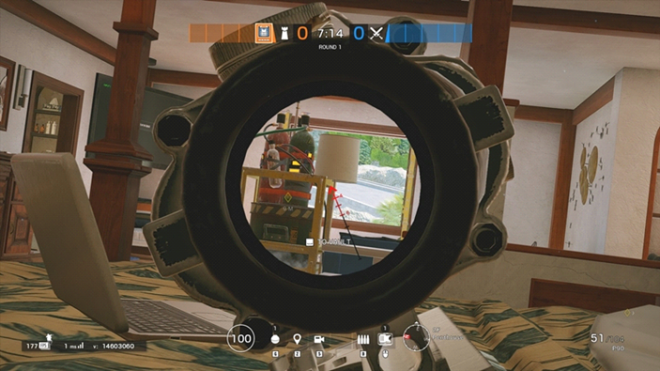 ▲ If the Penthouse window opens, you can hide at the bedside to respond, but it is not safe at all, so it is hard to recommend. 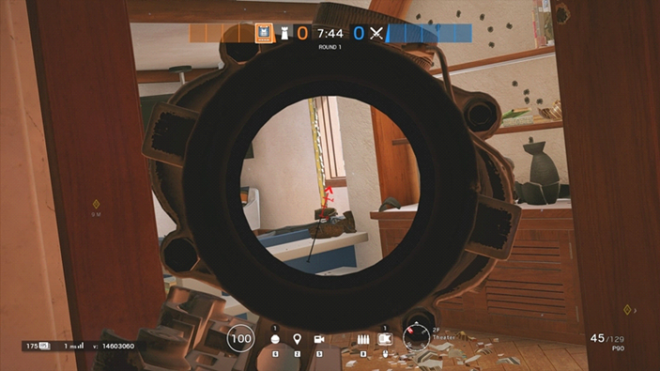 ▲ You can rather wait for the offensive team to enter the Theater. 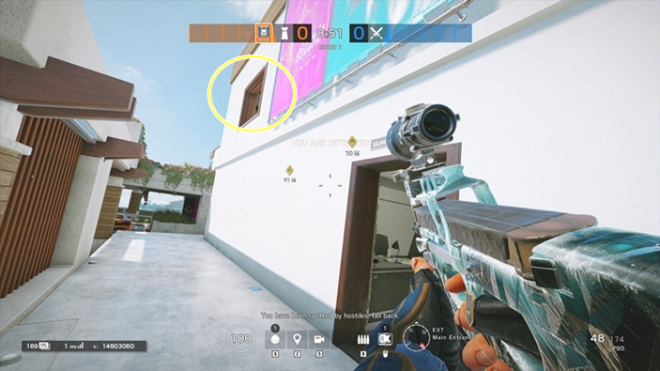 ▲ Or do a run-out play from the Service Entrance on the 1F and catch the offensive team doing rappelling. 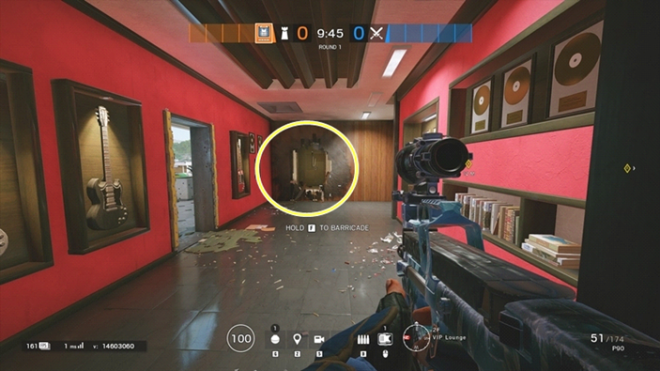 ▲ Make a hole at the Bathroom wall to see if the offensive team attempts a hatch drop. 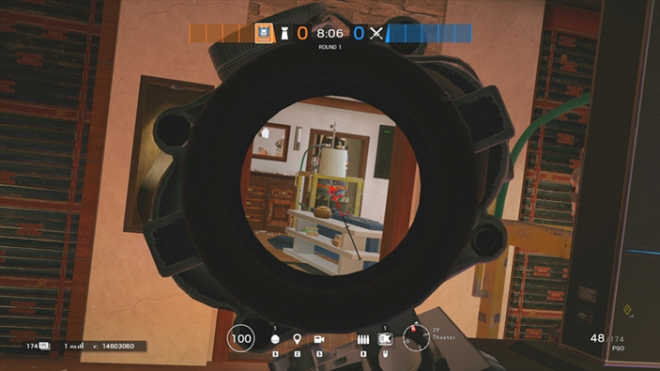 ▲ Rook can respond to hatch drops at the theater to some extent using ACOG sight. 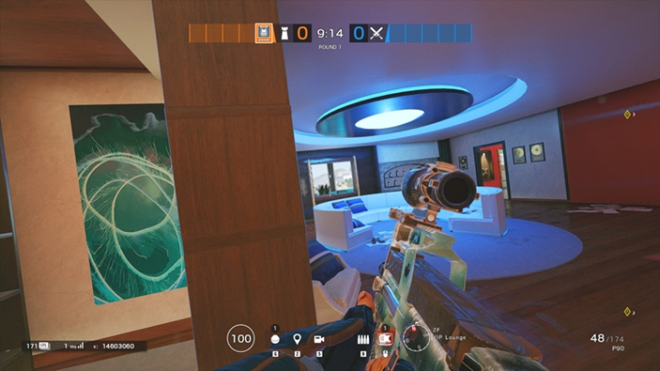 ▲ If the offensive team rushes to the VIP Lounge, you will be able to respond by covering yourself at the back of the bookshelf.     ▣ In case, the site is '1F Kitchen ~ 1F Service Entrance'   Kitchen and Service Entrance each have windows and doors that can be checked from outside the building, so you need to be careful when defending. For this reason, anchor operators should hide in an angle that will not be attacked and maintain confrontation. Instead of engaging with the offensive team outside the building, try to hold an angle that can catch the offensive team when they try to enter.   Because Bombsite is located on the 1F, offensive teams often do Vertical plays through the VIP Lounge or Penthouse on the 2F. In particular, the offensive team should place a Roamer on the 2F to prevent it, as the defensive front will collapse if the Kitchen is attacked by Vertical play. 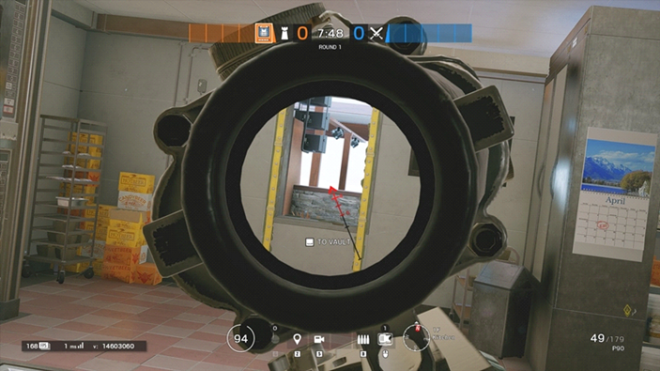 ▲ You can attack in reverse through the Kitchen window, but the AR of the offensive team is usually more powerful, so is more likely to fail. 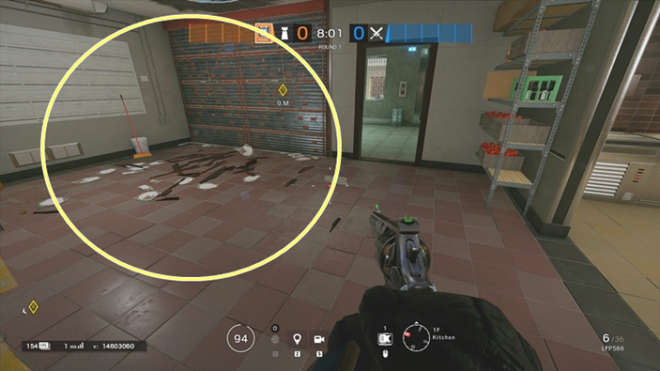 ▲ It's better to hide on this side at the Kitchen and maintain the confrontation. 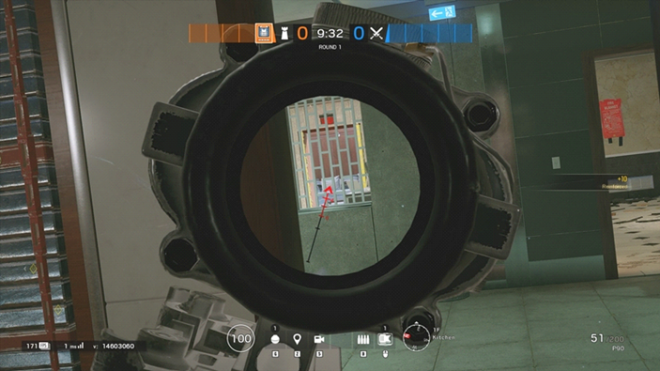 ▲ The angle you can check the entrance of the Service Entrance 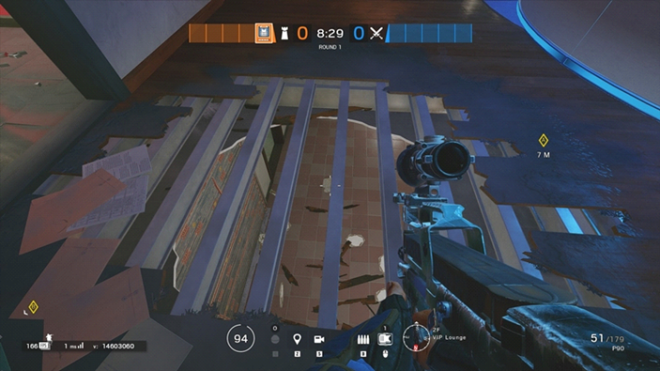 ▲ It's hard to hide here if the offensive team does Vertical play on the 2F. 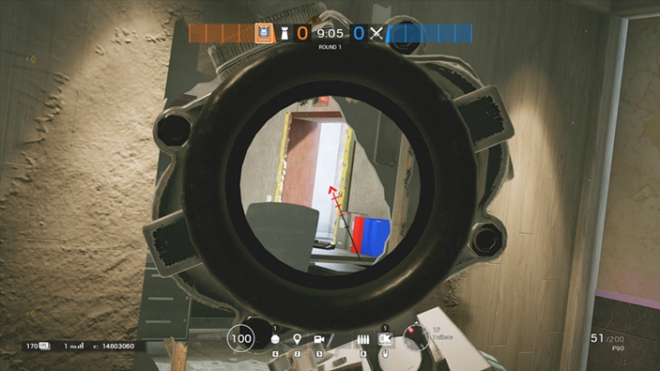 ▲ It is often used to throw Impact Grenade to make a hole at the Toilet wall, and check from the Toilet. 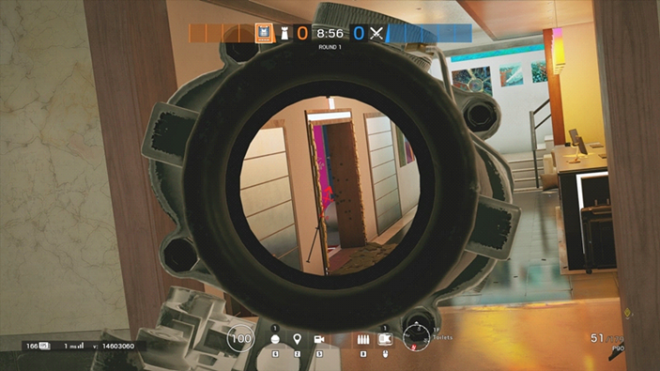 ▲ The angle to catch enemies approaching the Main Lobby from the Toilet.     ▣ In case, the site is '1F Blue Bar ~ 1F Sunrise Bar'   The size of the Bombsite is smaller than the Kitchen ~ Service Entrance described above, so there is not enough space to hide, and there are more windows to the outside, making it more difficult to defend. In addition, the offensive team can also do Vertical plays at the Hookah Lounge and Billiards Room on the 2F, requiring defensive members to cope with it.   Anchor operators should make sure to cover themselves perfectly, as the offensive team often attempts to shoot through the exterior windows. Both Blue Bar and Sunrise Bar are safer if you hide behind the bar table. While hiding here, Rook can catch the offensive team approaching and even attack in reverse. However, if the offensive team knows where Rook is, they may try to enter and catch him by using Stun Grenade or Frag Grenade. If your team has Jager, you may also ask them to install ADS around you. 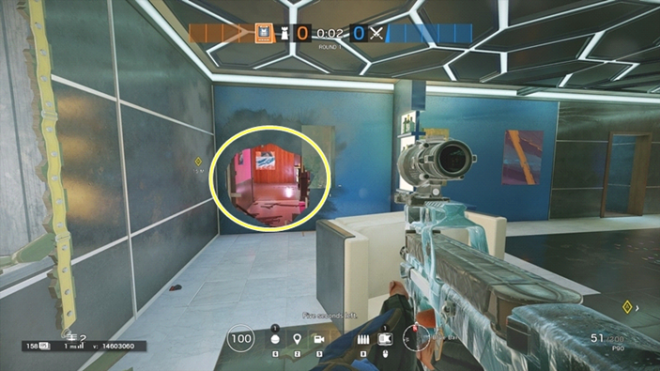 ▲ Let's make a Rotation to pass by both Bombsite. 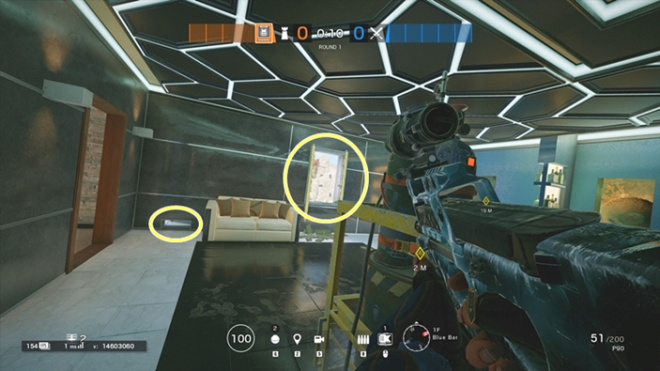 ▲ You must be careful of the check from windows and drone holes in the Blue Bar. 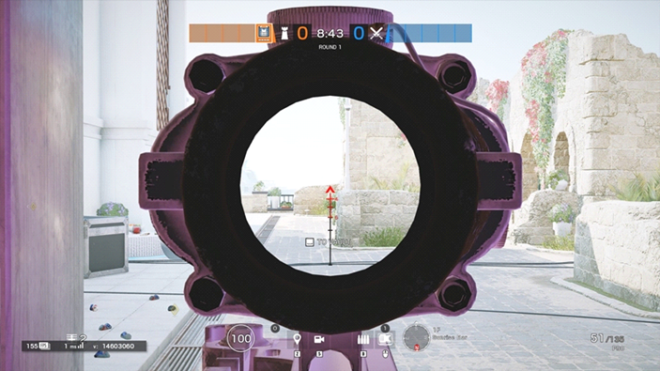 ▲ Sunrise Bar windows allow us to catch the offensive team spawning at the Ruins. 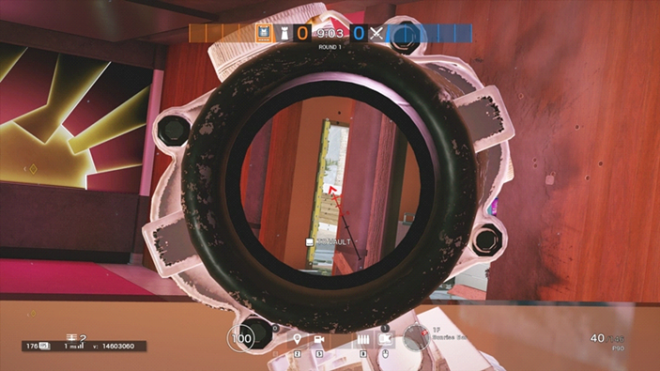 ▲ Let's set a position behind the Sunrise Bar table and block the offensive team's attempt to enter. 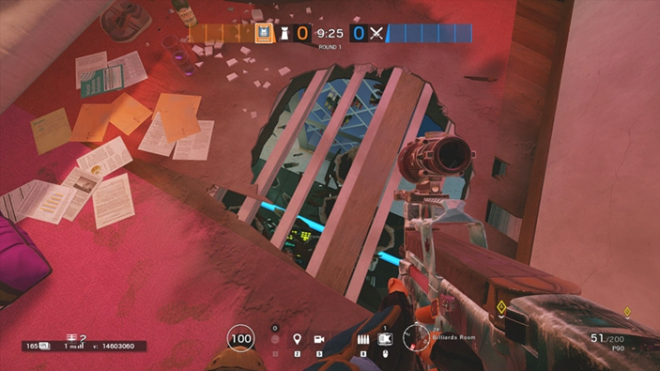 ▲ Both Bar Tables are dangerous when attacked by Vertical play on the 2F, so it would be good to have a defensive member on the 2F.