Guide for playing 'Montagne' on 'Coastline'. 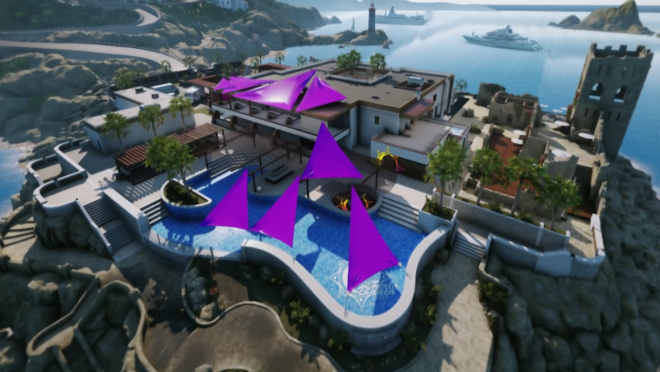 Coastline is a double-level map (consisting of two floors) found both in ranked play as well as professional. The current architecture of the map gives a large advantage to the attacking team due to the ease of access attackers have to map control from the outside of the objective building.   ‘Montagne’ is a three armor, 1 speed, attacker. The operator is equipped with an ‘Extendable Ballistics Shield’ which provides the player with the ability to fully extend the shield down to the operators feet so that the player is completely protected from all forms of damage (excluding Toxic Canisters thrown by Smoke and Gu Mine’s thrown by Lesion). Montagne is used very heavily in the current game meta due to the operator being a virtually indestructible drone so long as supporting teammates are watching his rear flank. The most common way to use Montagne is to aggressively contest map control while being backed by additional teammates. Montagne is considered to be most valuable due to the operator being able to win a face-to-face melee duel in any situation due to the TTM (time-to-melee) being faster than the default TTM. However, this can occasionally be countered by a three speed defender if the defender has the room and free-space to out maneuver Montagne and melee him in the side while he is still in the unshielding animation.   If you are to be in accordance with the current meta, Montagne’s loadout should be as follows: SECONDARY: P9 Hand-gun UTILITY: Smoke Grenades x 2   ATTACKER SPAWN LOCATIONS: 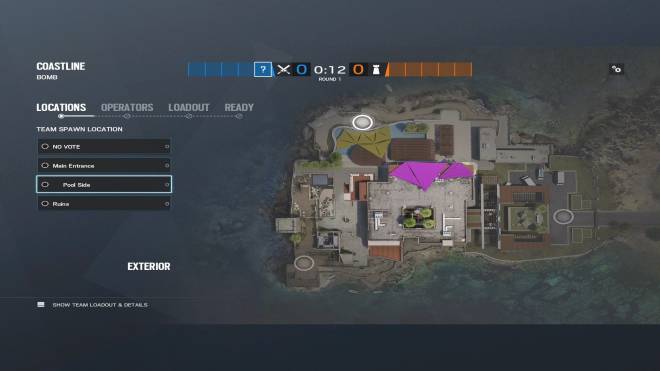 ATTACKING: [2F] HOOKAH(A) - BILLIARDS(B) The primary route of attack on this bomb site will be by the attackers entering the building through the first floor Sunrise Bar to apply vertical pressure from the first floor in addition to applying pressure onto Hookah(A) from the outside second floor Hookah Balcony and Hookah(A) window. Montagne will act as the head of the attacking teams primary assault into Hookah(A). The operator should spawn at either Poolside or Ruins. From here, Montagne should establish the attacking teams presence at the doorway of Hookah(A) which lead to the outside Hookah Balcony. Attacking teammates will establish control inside of Sunrise Bar and eliminate defenders playing underneath the bomb site. After attackers have control over Sunrise, Montagne should start applying pressure inside of Hookah(A) to the top of Cool Vibes Stairs. After doing so, Monty should communicate with additional teammates to eliminate and maintain the positions of defenders that were playing on Cool Vibe so that Montagne can safely plant the defuser inside of Hookah(A).   RUINS SPAWN LOCATION: 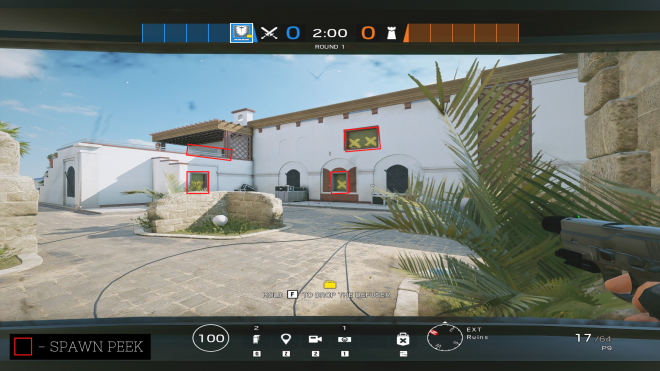 ATTACKING: [2F] THEATER(A) - PENTHOUSE(B) The primary route of attack on this bomb site will be by the attacking team gaining control over the second floor VIP room from the second floor balcony located on the north side of the building. After gaining control over VIP and Hall of Fame, attackers will breach the reinforced wall between VIP and Penthouse(B) as this will provide attackers with a safe and clear pathway to the default plant spot in the corner of Penthouse(B) by the master bed. Montagne will provide value to the attacking team by assisting teammates in gaining control over V.I.P. and Hall of Fame. After the attacking team is established inside of V.I.P., Monty will spend the rest of the round as the acting flank protection for attackers. Although this role may seem boring and irrelevant, it will provide your teammates with an incredible amount of protection while the VIP wall is being breached by Thermite. This is because defenders have only one route through which they can flank - that being through the VIP doorway connecting the room to Plant Hallway.   POOLSIDE SPAWN LOCATION: 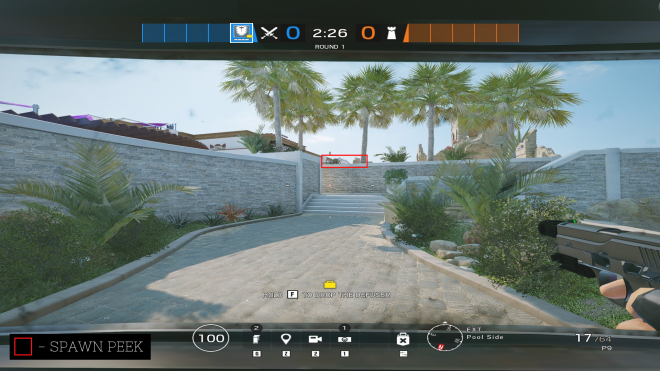 ATTACKING: [1F] BLUE(A) - SUNRISE(B) The primary route of attack on this bomb site will be by the attacking team entering through the Pool Entrance located on the north western corner of the building. Attackers will also typically gain control of second floor Hookah as this will enable attacking soft destructors (Buck, Zofia, Ash, or Sledge) to destroy the ceiling of Sunrise and eliminate any defending anchors playing behind ‘couches’ or ‘bar’. Although Montagne is traditionally used by attackers to establish control inside of Sunrise, I will be covering the operators utility in establishing control inside of Office. Office has only one route in which defenders can flank attackers through, Montagne’s responsibility will be to emphasize this advantage for the attacking team. After attackers have established control inside of Office, Montagne will maintain flank watch inside the doorway connecting ‘Red Carpet’ and ‘Security’. Although this seems irrelevant, the value from this positioning is almost impossible to overstate. This is because defenders no longer have a way to flank attackers inside of Office. As a result the attacking team has a ton of free-space to plant the defuser on the bomb site as all that is needed by attackers is to breach the reinforced wall separating Office and Blue Bar(A).   NOTE: I intentionally left out the potential for defenders flanking through the 2F Aqua hatch as I believe it is in no way ever a viable counter to an Office-take - consider it a counter-measure but never a full counter.   MAIN ENTRANCE SPAWN LOCATION: 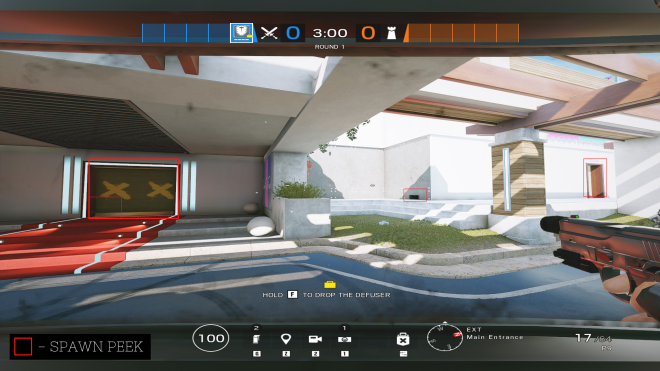 ATTACKING: [1F] KITCHEN(A) - SERVICE ENTRANCE(B) The primary route of attack on this bomb site will be by the attacking team planting the defuser inside of the doorway of service entrance leading to the outside exit - located on the eastern side of the building. Attackers will also commonly attempt control of the second floor VIP, Theater, and Penthouse rooms as this will allow attackers to destroy the ceiling of Kitchen(A) and Service(B). Montagne will be used very simply on this bomb site by acting with the rest of the attacking team to execute a smoke-plant. The player should spawn at Main Entrance with the rest of the attacking team. Monty will then be used by the attacking team to successfully plant the defuser inside of the Service Entrance(B) doorway. Communicate with attackers so that you have a teammate repelled, up-side-down, on the Service Entrance doorway. This will be the optimal positioning for teammates to safely cover you while you backwards-plant the defuser. Speed is going to be the winning characteristic of this strategy. Attackers should waste no time in burning ADS’s and deploying smoke grenades as quickly as possible to cover you while you plant. Typically speaking, the faster the attacking team can do this the lower the amount of defending man-power there will be on the bomb site to prevent it.     Thank you for reading and I hope this was helpful for you guys.   If you are interested in more content or want to ask me questions, you can always find me on Twitch or connect with me via discord - I always enjoy discussing Siege with fellow enthusiasts; regardless of skill level. Discord - https://discord.com/invite/TjGAPdM