Guide for playing 'Amaru' on 'Kanal'. 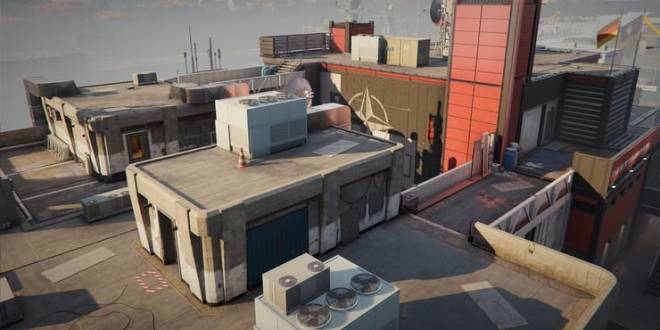 [DISCLAIMER: This guide is intended to be as bare bones as possible in order to give general advice to any new Rainbow Six: Siege players. In addition to this article being opinionated, I would like to also state that zero-sum strats in this game do not exist and the tell of a good Siege player is their decision making and adaptation to the changing battlefield.]   Kanal is a triple-level map (consisting of three floors) currently only found in ranked play though that may be subject to change as the developers could add the map to the pro-league map roster after observing how the map plays now. The current architecture of the map is fairly balanced, advantages will change based on which site is being played and how the ban phase plays out at the beginning of the match.   Amaru is a two-speed, two-armour attacking operator. Her ability is a “high-tensile grappling gun” which can be used to quickly access entry points on the objective building as well as vault up open hatches. Unfortunately, Amaru is an entirely useless operator - the utility the operator brings is not impactful at all for the whole of the attacking team and is overall considered to be a highly situational operator (situational; meaning that the operator has almost zero versatility and is only useful in select situations which rarely occur.) That being said, I will still be writing a guide for the operator on all ranked maps. However, these guides will be used to offer a more comprehensive overview of how entry fragging should be carried out for new players looking to improve.   If you are to be in accordance with the current meta, Amaru’s loadout should be as follows; - PRIMARY: G8-LMG (Attachments to player preference) - SECONDARY: SMG-11 (Attachments to player preference) - UTILITY: FLASH BANG GRENADES (This can actually be useful for the attacking team as it will allow you to assist teammates in burning Jager’s ADS.)   ATTACKING: [2F] SERVER(A) - RADAR(B) The primary route of attack on this bomb site will be by the attacking team breaching the reinforced wall on the south side of ‘Renovations’ as this will provide the attackers with clear lines of sight directly into Radar(B) as well as direct access to the bomb site to plant the defuser. Amaru can communicate with attacking teammates to know when to rush the bomb site. If timed correctly, Amaru can cause an incredible amount of chaos inside of Server(A)-Radar(B) by using the operators grapple hook to rush the SkyBridge windows as the other half of the attacking team breaches the Renovations wall. This strategy will help ensure the success of Amaru’s rush into Radar(B) as the defending team will have the majority of their attention on the Renovations wall and Red Stairs. It is recommended to sync attacking pushes with teammates by using the in game round timer. For example, tell teammates to breach the wall when the round is at 1:30, this will keep the times synced between players and help ensure a smooth and fluid site execution.   DOCKS SPAWN LOCATION 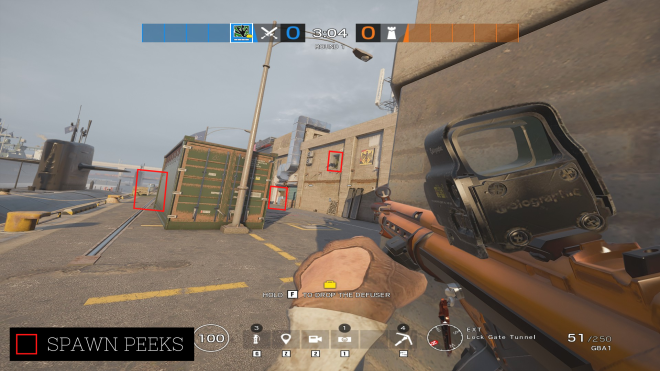 ATTACKING: [1F] COAST GUARD(A) - LOUNGE(B) The primary route of attack on this bomb site will be by the attacking team gaining control of ‘Scuba’ and ‘Printer’ stairs, as well as the hallway-landing which separates the two. After establishing control of the northern stairwells, attackers will want to breach the reinforced wall between the lower-printer-stairs-landing and Lounge(B). This will provide attackers with completely exposing the Lounge(B) bomb site as well as position attackers to plant the defuser in a variety of different safe plant spots inside of the B bombsite. Due to attackers needing to gain control over the Printer Stairs, Amaru should be played as an entry fragger for the attacking team. Use the operator to quickly grapple to the roof access point for Printer Stairs. After establishing a presence inside of the second floor Printer room, Amaru should communicate with teammates who are droning the second floor Printer hallway. This will increase the effectiveness of Amaru’s roam clear as the operator will be constantly provided with real-time information on the positions of defenders on the second and third floor.   SAILBOATS SPAWN LOCATION 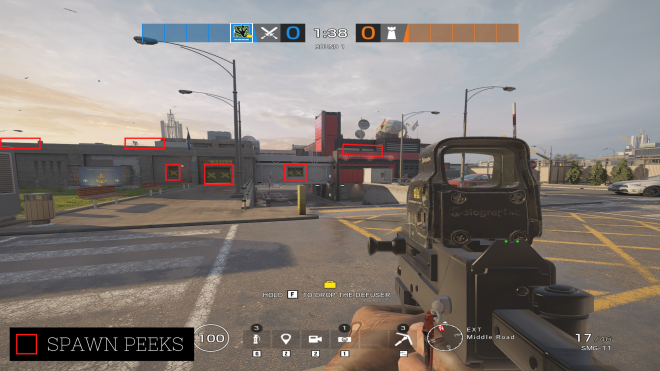 ATTACKING: [BSMNT] KAYAKS(A) - SUPPLY(B) The primary route of attack on this bomb site will be by attackers gaining control of the first floor inside of Coast Guard and Lounge as the hatches located on the floors of these two rooms offer great lines of site and access points to the basement. It is very common for defenders to be playing inside of Bathroom and Lockers, located directly across the hall from the bomb sites in the basement. Amaru should be utilized similar to the way in which the operator was used on the previous bob sites - it is particularly advantageous for Amaru to place significant attention to control over the ‘Scuba Stairs’ as this tends to be a highway for roamers returning back into the basement.   CONSTRUCTION SPAWN LOCATION 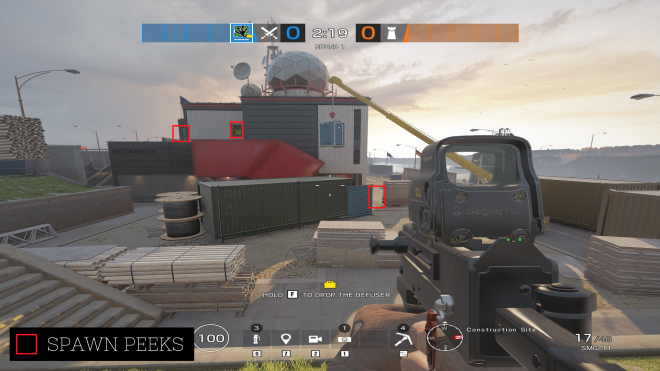 ATTACKING: [1F] SECURITY(A) - MAP(B) The primary route of attack on this bomb site will be by the attacking team gaining control of the second floor east building as the ceiling of Security(A)-Map(B) is destructible, making it advantageous for attackers to first focus on control of the second floor. This will make the final push on to the bomb site much easier. Amaru will be needed to act as an entry fragger on this bomb site as control over the second floor is incredibly important for a successful attacking round. Use the operators grapple hook to quickly access the 2F Green Hall Window from the Construction spawn location. This will provide a great positional advantage for attackers while establishing second floor control as it will position Amaru in an actionable location to act on intel regarding defending roamer positions.   Thank you for reading and I hope this was helpful for you guys.   If you are interested in more content or want to ask me questions, you can always find me on my social media accounts: TikTok - FTWRK Twitch - footwork6