With the Operation Steel Wave update, Ace and Melusi have newly joined the Rainbow team. Especially, newly joined operators have unique dedicated equipment with an excellent weapon loadout, which is considered to be powerful, unlike other operators added in other seasons. For this reason, even it’s early in the season, many users compete to pick those operators, and it is also frequently appearing in rank.   This time, I will organize the features and roles of new operators for the new update, and learn how to properly utilize the dedicated equipment of new operators on the battlefield. 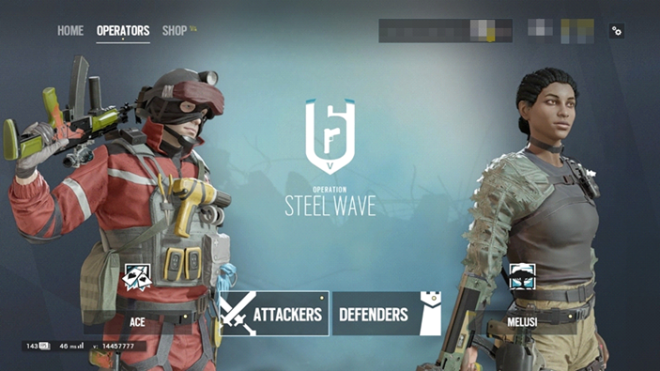 ▣ “Ace” the Hard Breacher with the Best Assault Rifle ‘AK-12’   It is noteworthy that Ace is a newly added hard breacher to the offensive team following Thermite, Hibana, and Maverick. Ace's exclusive equipment, S.E.L.M.A. AQUA BREACHER (aka S.E.L.M.A.) is hydraulic breaching equipment that can pierce not only the regular wells but also the walls reinforced by the defensive team.   S.E.L.M.A. is throwing equipment that attaches to the wall and explodes. It deploys two more times in the downward direction, eventually drilling a large hole. Ace also has three S.E.L.M.A.s, enable him to create additional angles depending on its use.   Ace's S.E.L.M.A. has the following differences compared to other hard breachers breaching equipment. 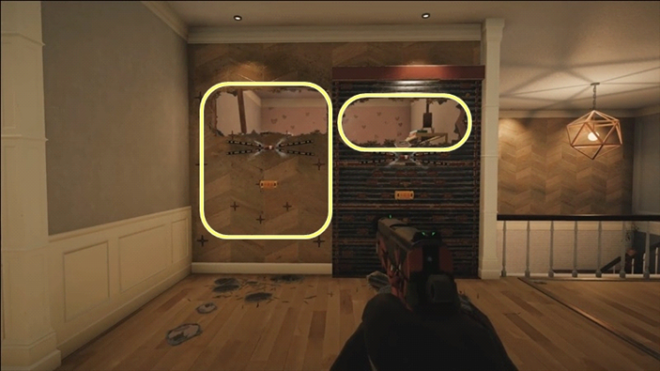 ▲ In the attached place, it explodes the size of Mira’s Black Mirror and makes two additional holes in down word.     ˙ Unlike the other breaching equipment, it works hydraulically, so it does not produce visual effects such as glare, tinnitus, and dust when it explodes (instead, it creates visual effects like water splashing on the screen) and does not cause much damage even if you stand close to the explosion point.   ̇ S.E.L.M.A. is directly thrown and attached, enabling safe breaching at a long distance like Hibana. This can be used to safely destroy Mira's Black Mirror from a long distance.   ˙ Thermite and Maverick should be close to the reinforced wall during breaching work, and Hibana should hold the pallet Launcher during the breaching work, but Ace only needs to throw S.E.L.M.A., making him be much safer. 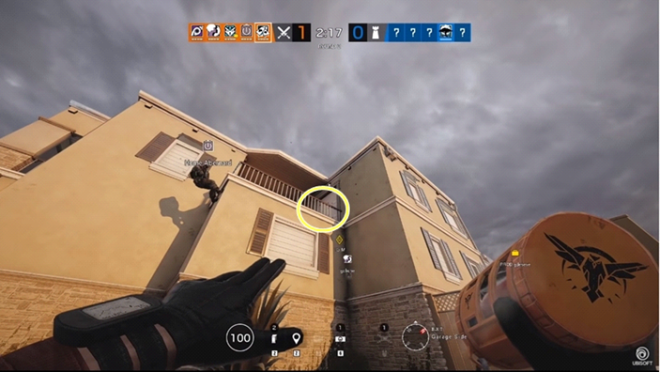 ▲ Because Ace can throw the S.E.L.M.A. breaching equipment, he can safely work on hard breaching in the far distance. 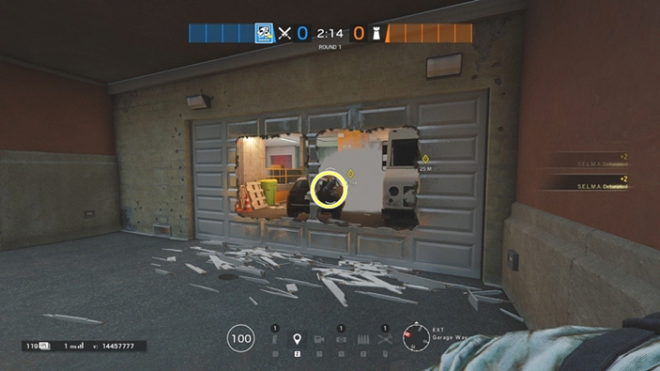 ▲ Ace can pick the Smoke Grenade as a gadget, enable him to throw the Smoke as soon as the breaching work is done.     ˙ It takes quite a time until the S.E.L.M.A. makes a huge hole. The breaching speed is in the order of Thermite > Hibana > Ace > Maverick. Because the S.E.L.M.A. breaches one by one and creates noise, it can be destroyed by the defenders while working.   ˙ Ace carries a total of three S.E.L.M.A.s, enable him to breach the most number of walls among the hard breachers. However, when breaching the reinforced hatch, it requires two S.E.L.M.A.s.   ˙ Unlike Thermite or Hibana, Ace can install the S.E.L.M.A. on the Deployable Shield or Goyo’s Volcan Shield to destroy.   ˙ Unlike Hibana’s breaching equipment, Ace’s S.E.L.M.A. can be removed by the Jager’s ADS or Wamai’s Mag-NET while in air. 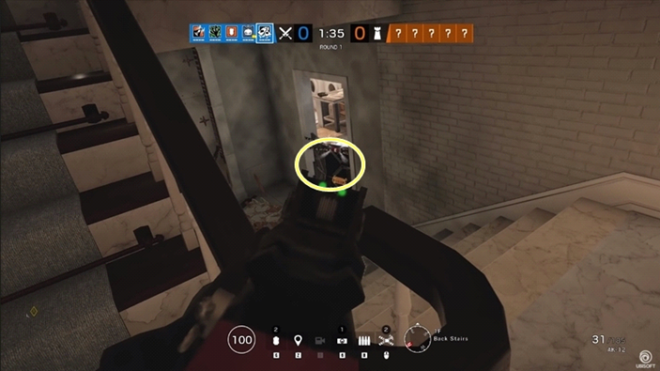 ▲ You can attach the S.E.L.M.A. on the Deployable Shield or Goyo’s Volcan Shield to destroy. 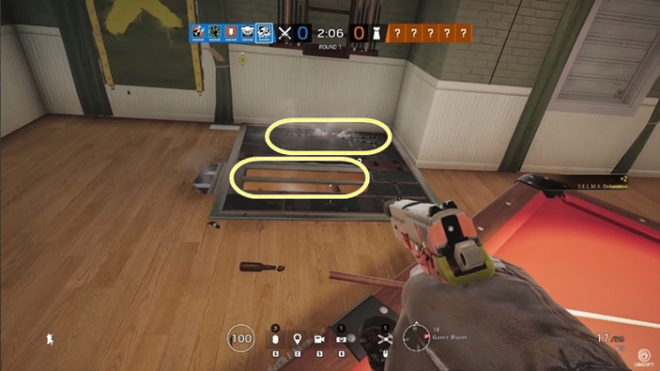 ▲ However, if you install the S.E.L.M.A. on the floor, it only explodes once, so the additional S.E.L.M.A. is required to open the reinforced hatch.     Another advantage of Ace is an excellent loadout, especially the AK-12 choice for Primary Weapon. The AK-12 is one of the best of the offensive teams' weapons, boasting a monster performance with 850 Fire Rate and 45 Damages. It is not even difficult to control recoil under attachment, so it can perform well in long distances skirmish.   However, Fuze was the only operator who could use the AK-12, so to use the AK-12, the players have to play Fuze that was somewhat out of the current meta. While this happening, ACE, which is 2 Speed / 2 Armor with a hard breaching capability, came out with the AK-12, allowing players whom to choose Ace instead of Fuze.   So Ace is not only able to play the role of hard breacher, but also as an Entry Frager. Trust the function of AK-12 and actively jump into the angle and engage against the enemies. It would be nice to play by sticking S.E.L.M.A. to the reinforced wall, throwing a Smoke Grenade inside, jumping into the hole, and kill the enemies with the AK-12. 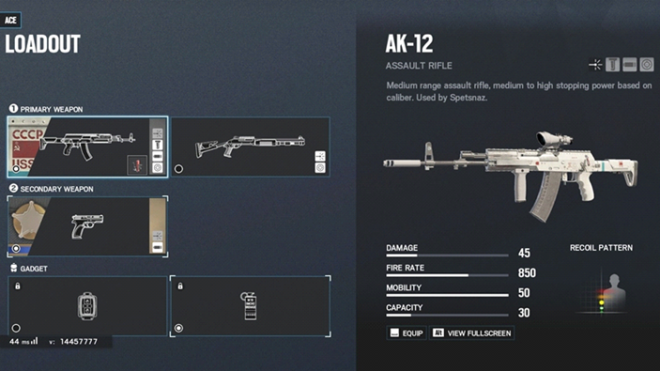 ▲ If you hesitated to use the AK-12, because Fuze is 3 Speed operator, now you have an alternative, “Ace”.       ▣ "Melusi" Who Changed the Defending Meta with the Ability 'Banshee'   Melusi is a 3 Speed / 1 Armor operator and has Impact Grenade and Nitro Cell, so it can play both the roamer and sub-anchor. As dedicated equipment, it has a deployable bulletproof tool called ‘Banshee Sonic Defense’ (aka Banshee), which is in the highlight as Ace with its outstanding performance.   Banshee slows down the attackers and continuously generates noise when the offensive team approaches within a radius of 6 meters based on the installed point. It also has a bulletproof feature that cannot be destroyed by shooting and can only be destroyed by using close-range attacks or explosives. Melusi carries three of them and can greatly delay the enemies if they are distributed and installed in appropriate locations.   It is more effective when used with the team defending gadgets like Volcan Shield, ADS, and, Remote Gas Grenade. More detailed effects on Banshee are listed below. 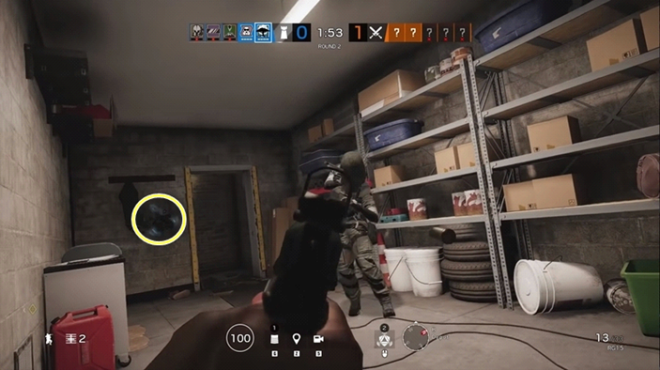 ▲ You can hide around and as soon as you hear the Banshee activating sound, you can run-out and catch the enemy slowing down.     ˙ Banshee can be destroyed by the close-range attack, but closer you get, you will be slower.   ˙ Even though Banshee slows down the operator’s speed, but not slowing down the aiming speed. So, keep in mind.   ˙ While within the range of Banshee, the slow effect does not additionally add by Clash’s CCE Shield or Barbed Wire. 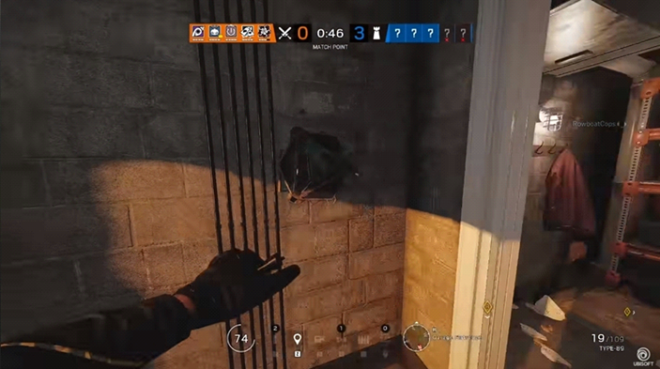 ▲ Banshee can be destroyed by the close-range attack, but closer you get, you will be slower, so it’s quite risky. 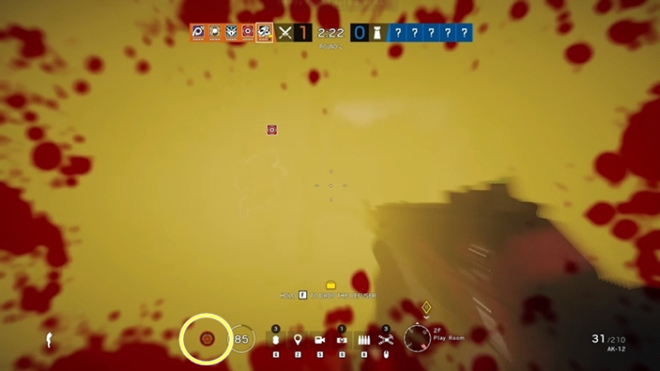 ▲ If you use it with the Smoke’s Remote Grenade, Goyo’s Volcan Shield, and Maestro’s Evil Eye, it gives a synergy effect.     ˙ Ash’s Breaching Round, Zofia’s KS79 Lifeline, and Kali LV Explosive Lance can destroy Banshee in the far distance.   ˙ Thatcher’s EMP Grenade or Twitch’s Shock Drone Taser can deactivate Banshee for a few seconds.   ˙ Even though Nøkk activates the Presence Reduction, if it moves within the range of Banshee, Banshee will activate.   ˙ If the attacker gets Finka’s Adrenalin Boost, it will get less effect by Banshee.   ˙ Iana’s Gemini Replicator doesn’t activate Banshee. 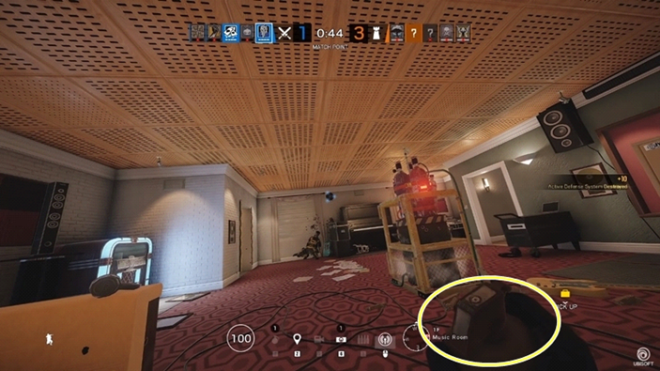 ▲ Because the Banshee is bulletproof equipment, it forces the attackers to use the explosives. 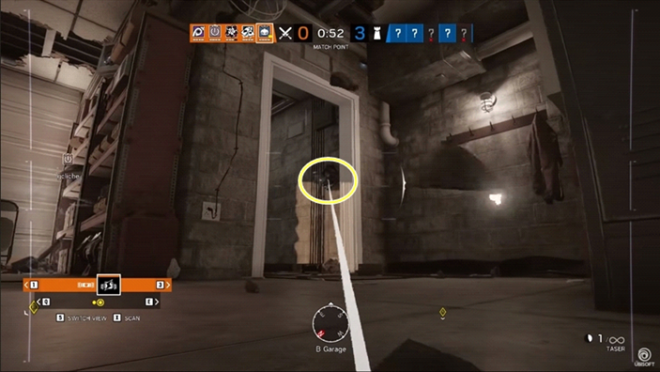 ▲ With Twitch’s Shock Drone, it can deactivate Banshee for a few seconds. 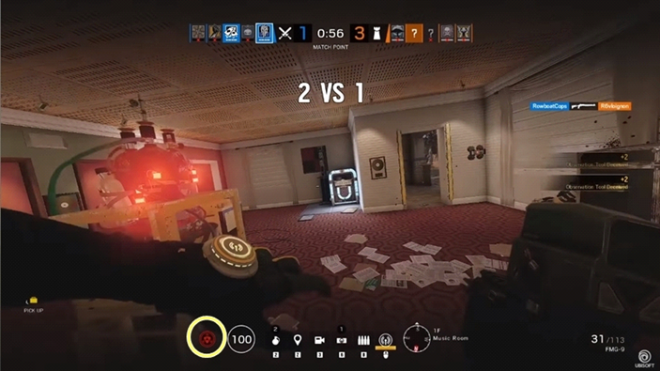 ▲ Even though Nøkk activates the Presence Reduction, it still is detected by the Banshee.     Melusi uses Lesion’s T-5 SMG and Frost's Super 90 shotgun as a primary weapon. Among them, the T-5 SMG is a weapon that belongs to a fairly good function among defensive teams' weapons because the Fire Rate is 900 with decent recoil. Especially, while Lesion is 2 speeds, Melusi is 3 speeds, showing better ability. It is more attractive due to the availability of equipping the Impact Grenade and Nitro Cell, which can be used for multi-purposes.   Perhaps because Banshee's regional defense was so strong, players began to assume that Melusi had become a meta-changer for the defense team as soon as the season began. Due to the following reason, the Test Server had a patch that changed Melusi's Deployable Shield to Nitro Cell, and in the future Y5S2.1 Patch will also reduce the range of Banshee to 4 meters and reduce the sound of the Banshee effect. 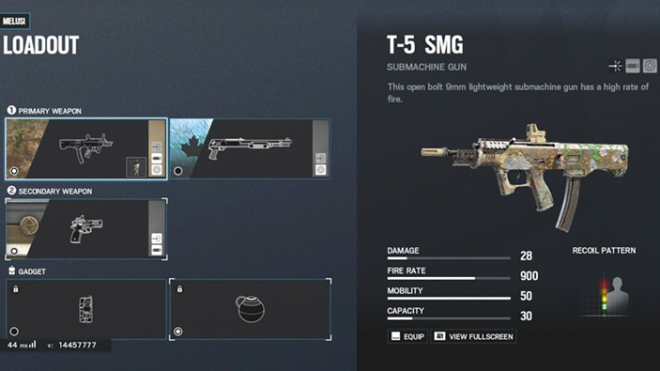