Guide to playing ‘Rook’ in ‘Oregon’

Oregon is a mid-sized battlefield consisting of basement, 1F, and 2F. The Objective Locations are generated one on the 2F, two on the 1F, and the last one in the basement. Oregon’s 1F objective locations uniquely overlap the Kitchen as Bombsite. For this reason, it is important to focus on the Kitchen when you are defending the 1F.   Oregon is a reworked map during the Void Edge season updated. This has resulted in a change in the position of several Objective Locations and a change in the aspects of the offense and defense teams' combat inside the Bombsite. Instead of the disappearance of the Big Tower's Bombsite, which had been extremely difficult for the defense team to defend, the balance was properly adjusted with the addition of new routes leading to the Bombsite. 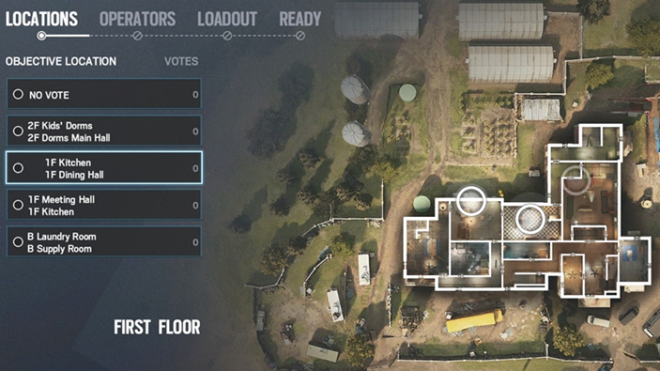 ▲ Oregon Objective Location, two of the 1F objective locations are overlapping the Kitchen as the Bombsite.     Rook is a supportive operator who provides the Armor Pack to the team members. Wearing the Armor Pack increases defense about 20 percent and make down condition as long as it is not a headshot. For example, if a 3 Speed / 1 Armor Operator wears the Armor Pack, the upper body defense increases from 0% to 20%, and 1 Speed / 3 Armor Operator defense will increases 20% to 36%, enough to withstand one or two more shots.   Another advantage of Rook is that despite being a defending operator, he is one of the few operators who can use the ACOG sight. The primary Weapon MP5 and P90 can attach the ACOG sight, making it functional in mid ~ long-range engagement. Due to the following reason, it is possible to attempt a spawn-kill or engage in a long-distance skirmish against the attackers, so it is good to use him as a defending sniper. 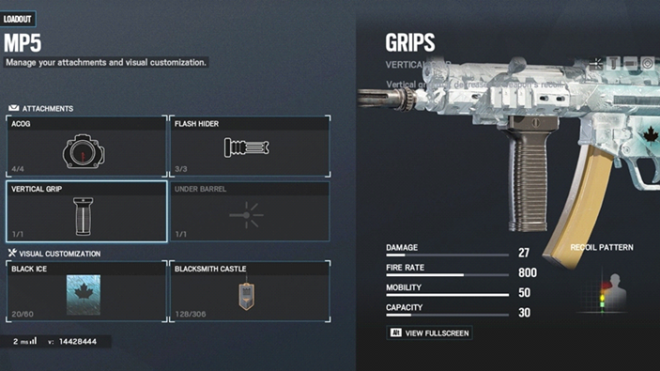 ▲ The best advantage of playing Rook is equipping the ACOG sight on the Primary Weapon.       ▣ In case, the site is located at '2F Kids' Dorms ~ 2F Dorms Main Hall'   The 2F is where the offensive team tries to attack from place to place outside the building, so it is important for the defenders to set position. Each anchor inside the Bombsite must keep an eye on the windows or doors to check the enemies and block them as soon as they enter. To bring this happen, it is important to cover your location and not be captured by the attacker’s drone or angle.   Rook can use an ACOG sight, making him possible in long-distance combat, but the 2F Bombsite is narrow overall. Unless you create a new angle, there is no good place for him to attempt sniping. Therefore, when the preparation phase starts, the first thing you need to do is install the Armor Pack on the floor, reinforce the walls around the bomb site, and play the role of anchor similar to the usual defensive operators. 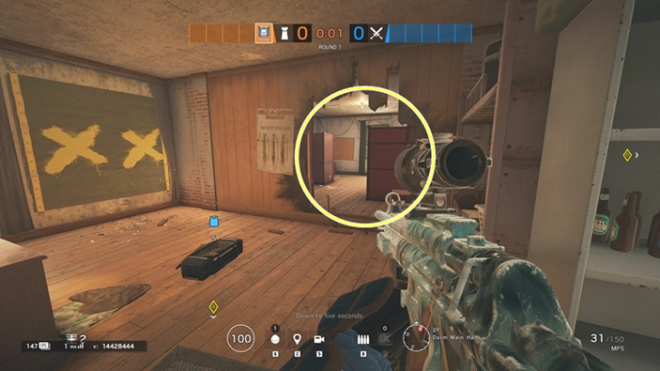 ▲ As soon as the game starts, install the Armor Pack on the floor and make the rotation on the circled wall with an impact grenade. 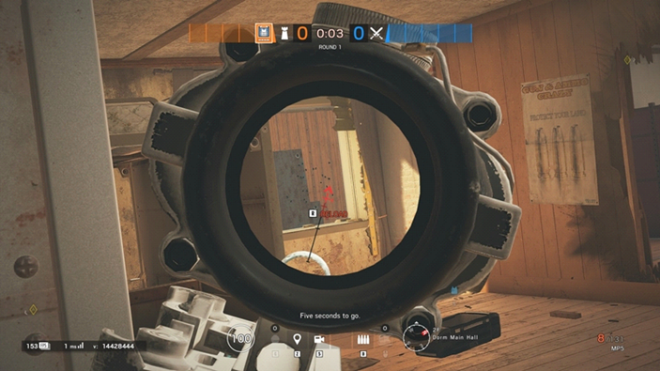 ▲ You have to assume that there is an enemy on the Dorms Main Hall window. ▲ You may have an angle allowing you to check the Dining Hall Roof or Kids' Dorms from the Attic window. 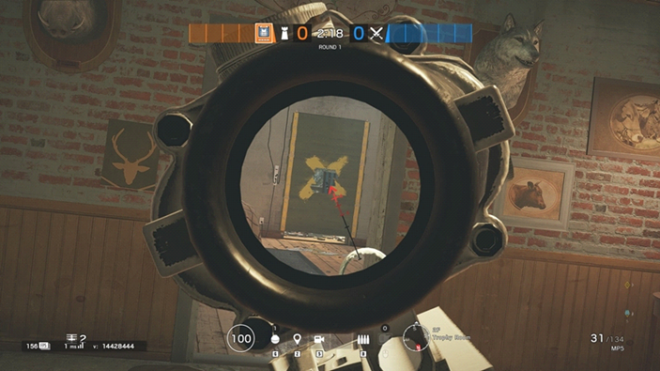 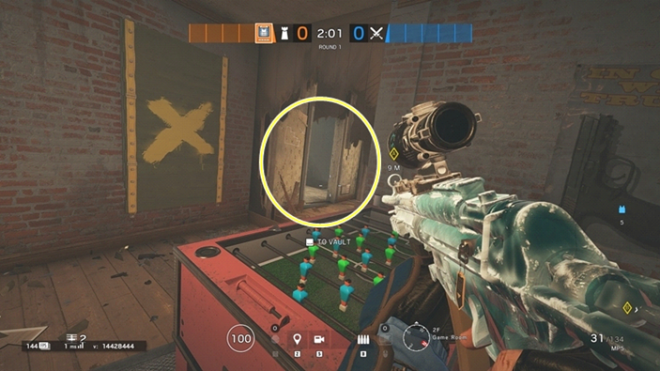 ▲ If you open this wall, you can check the enemy approaching the White stairs from the Game Room. ▲ If the team also checks from the Kids' Dorm, it is nearly impossible to move up through the stairs.       ▣ In case, the site is located at '1F Kitchen ~ 1F Dining Hall'   Some of the attackers will enter the Small Tower to attack the 1F Dining Hall, while the others trying to enter the Big Tower, Meeting Hall, and Lobby to attack Kitchen. Among these places, frequent skirmishes are occurring near the Small Tower, so it's good for Rook to perform.   To defend the Dining Room, you must first check the attackers trying to enter the Small Tower. Especially, the attackers will try to break through the wall on the side of the Dining Room with the hard breacher, so it is the most important to stop. Occasionally, the offensive team Thermite enters the 2F Small Tower and tries to breach the Dining Room reinforced wall by attaching the Exothermic Charge on the Small Tower floor. In this case, it can be counted by shooting the ceiling or throwing an Impact grenade right before the Exothermic Charge explode. ▲ An angle where the engagement occurs the most when defending the Dining Hall. ▲ From the Shower Corridor, you can check the enemy entered through the Small Tower. 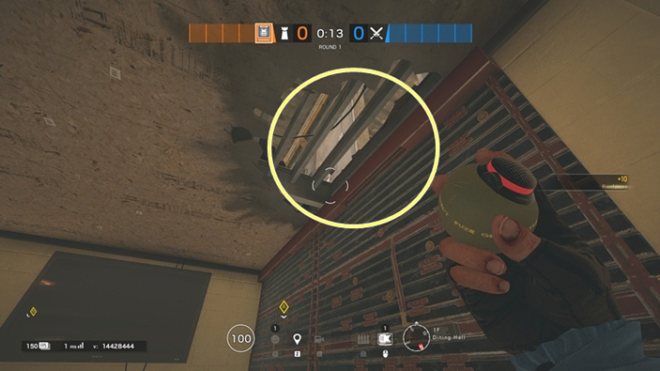 ▲ If Thermite attached the Exothermic Charge on the floor, you can resist with an impact grenade. ▲ The attackers sometimes attempt to rush into the Kitchen, so watch this area carefully as well.       ▣ In case, the site is located at '1F Meeting Hall ~ 1F Kitchen'   Like above, the Kitchen stays the same, but the other side of the Bombsite becomes Meeting Hall. However, if the offensive team tries to enter the Small Tower, it is convenient to stop them from the Dining Room, so the defenders have to defend three places at the same time, ‘Meeting Hall ~ Kitchen ~ Dining Room’. Unfortunately, the floors are made up of destructive material, enable attackers to play vertical or hatch drop from the top floor, so it is inevitable for the defense team to disperse.   If the offensive team operates a hard breacher, it will try to infiltrate the Big Tower and breach either the wall or hatch leading to the Meeting Hall to check inside the bombsite. If reinforced walls and hatches are pierced, there will be no room for the defenders to hide inside, but Rook can cover from the 1F Meeting Hall Split or 2F Attic and engage against the attackers on the Big Tower. Rook should hold the enemy’s entrance as much as possible until the defensive team roamer detour to the Tower. 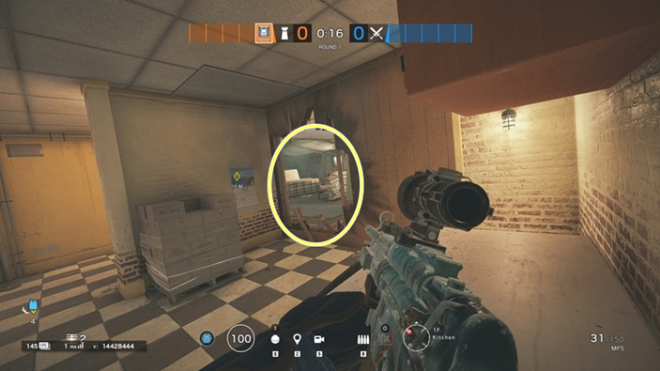 ▲ Instead of blocking the middle of the Bombsites, make the rotation. 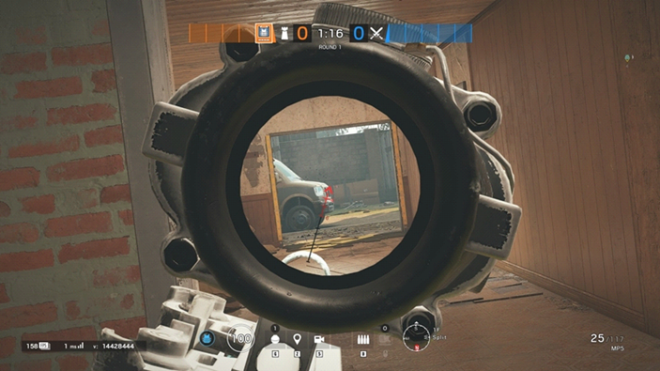 ▲ The attackers might attempt entering through the 1F lobby to attack the Meeting Hall... ▲ Or enter through the Garage. You can check either the place from the Split with covering behind the obstacle. ▲ Even though the Big Tower reinforced wall is breached, you still can react from the Split with covering behind the obstacle. 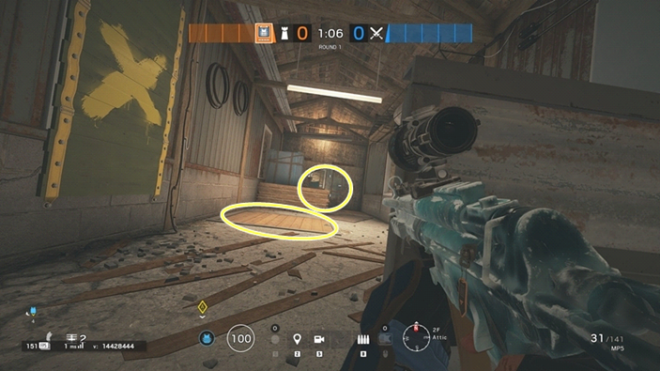 ▲ The attackers might attempt entering through the 2F Big Tower to capture the Attic hatch. Therefore, it is a good idea to dispatch a defending unit in the Attic.       ▣ In case, the site is located at 'B Laundry Room ~ B Supply Room'   Instead of having no windows or doors directly connected to the outside, the basement has many routes that lead to the basement, which is completely different from the previous ones. The attackers sometimes come down the Laundry Stairs or Back Stairs, but they can also try hard breaching on the Freezer aisle or the Blue Bunker. While the anchors are confronting the attackers, the defender roamer should detour and catch the attacker’s back.   Rook can secure an angle to shoot down the offensive team coming down from the Baseline Corridor to the Back Stairs or Laundry Stairs. Also, the Boiler Room provides an angle to catch the enemy approaching the Blue Bunker, but the terrain is not very advantageous. The offensive team may check that angle in advance.   If the underground Freezer or Blue Bunker reinforced walls are breached, the offensive team would be able to check inside the Bombsite. In this situation, operators who are favorable to long-distance combat, such as Rook and Doc, are more likely to respond, so don't give as much angle as possible and try to survive by using defending gadgets and set up inside the Bombsite. 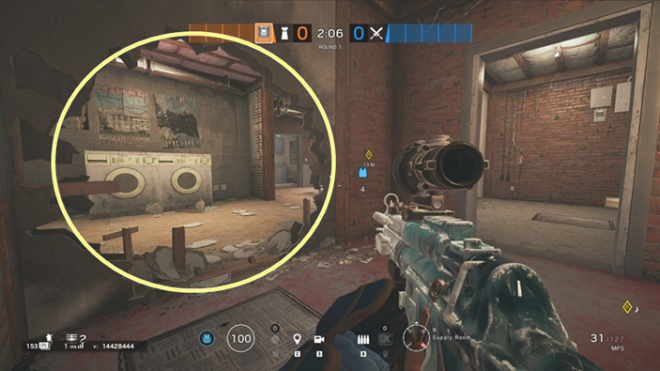 ▲ Like other places, make the rotation to move around the Laundry Room and Supply Room freely. 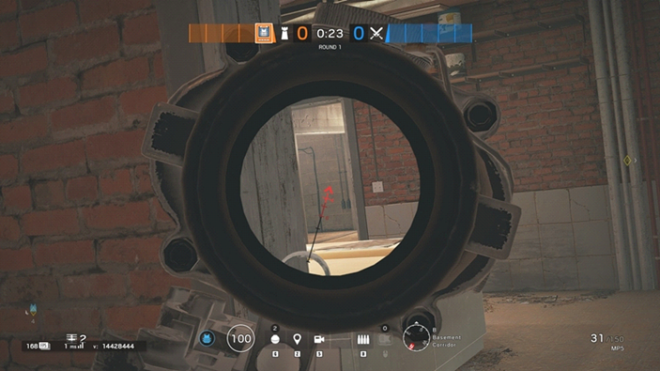 ▲ An angle to catch the enemy moving down through the Laundry Stairs from the Basement Corridor. 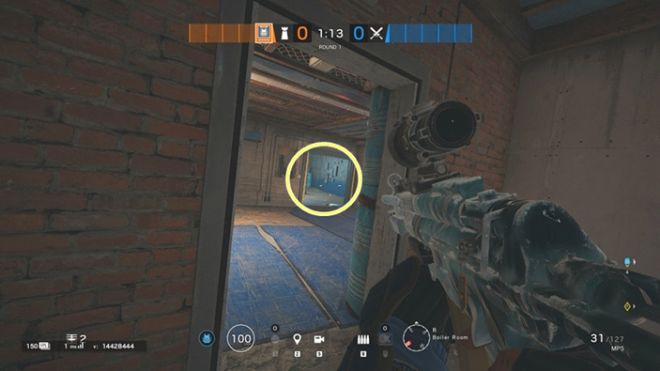 ▲ An angle to catch the enemy approaching from the Boiler Room ~ Blue Bunker. 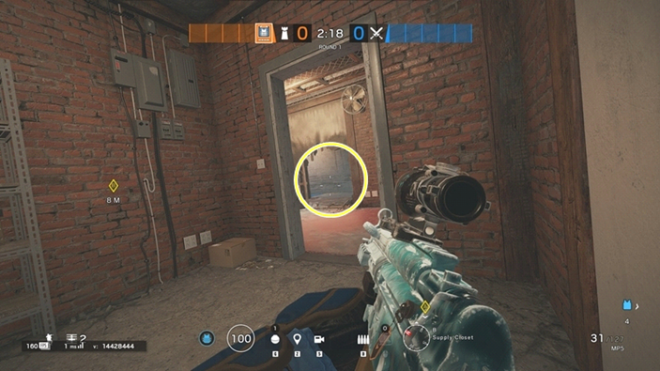 ▲ If this side of the reinforced wall breached from the Blue Bunker, it exposes inside the Supply Closet, making defenders in danger. 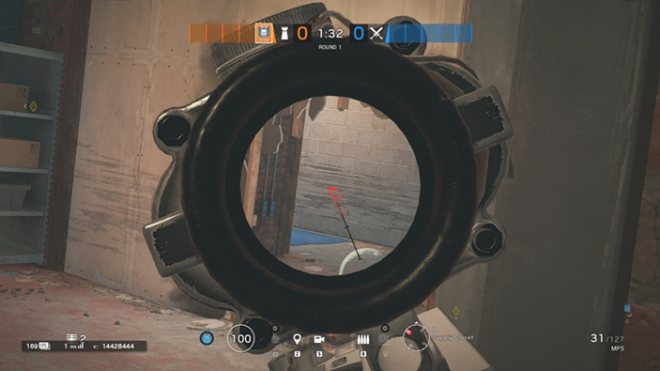 ▲ In this case, the defender could fall back to the corner, but vulnerable from throwing grenades so it requires extra care.