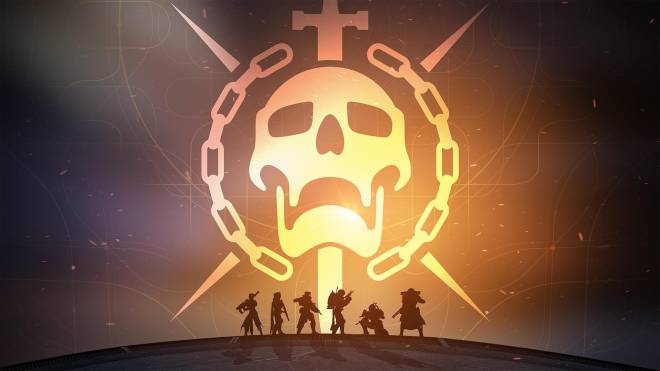 #TWAB // bung.ie/2SWP6Ni “This week at Bungie, we’re calling the shot for the next race to World First. Destiny 2: Beyond Light is about a month away from launch. For us, this means closing out the game and getting ready to hand it off to you - with a few more fun social media moments to unveil along the way. For you, this means a final stretch of anticipating the new story and the new world you’ll experience as you aim down the barrel of your weapon of choice. For the elite raiders in the room, this means a new shot at glory. The race to a World First completion of a raid is one of the most spirited traditions in the Destiny community. Race Day is when the world turns its eyes to Destiny to see who emerges as the hero. We have stood next to some of those legends on a stage while they claimed their titles in front of a cheering crowd. It’s almost time to fire that starting pistol again. The next race for raid World First begins on Saturday, November 21 at 10 a.m. Pacific. That should give you plenty of time to get ready. We see you assembling your fireteams and conspiring how to power your way up to a competitive level. We hear you asking when you should “call in sick.” Now you know, so get to finalizing your plans. Here is what else you’ll need to know: • Contest Mode will cap all players at 20 Power below each encounter for 24 hours. • Artifact Power will be disabled during Contest Mode. • 1230 Power is your team’s goal to be at the cap for all the encounters. • Being above 1230 will not provide any additional advantage in the final fight. This year, the ritual for naming the winners will be different. Following all the immediate fanfare and bustle that follows the checkered flag, our data scientists will be spending extra time validating the finishing team's run. Expect the official announcement for “World First” to come a bit later than usual. Disqualifications can happen as per the official rules. So finish strong, even if you hear rumors of another team’s victory. An award ceremony will take place in the days that follow the raid. We’ll crown the champions who return first to orbit after a respectable effort. Once we validate a mission completion, we’ll enter their names into history. Every member of the six-player fireteam who is certified as the World First finishers will receive a title belt as their ultimate reward. We will unveil the new belt closer to the start of the race. Even if you don’t win World First honors, the earliest victors in the raid can claim some awesome rewards to let the world know you were among the first to fight. Everyone who has completed the raid in the first 24 hours while Contest Mode is activated will receive this very special emblem.

For those of you who want to flex in style, we will be offering a new, Europa-ready raid jacket you can purchase through Bungie Rewards. Finish the raid before December 1 at 9 a.m. Pacific to claim your code. You can use that code to make your purchase any time before 11:59 p.m. Pacific on December 31. We'll show off a preview of the jacket closer to the launch of the raid. For those who like to savor new content like a fine wine and not rush through to the raid experience, you will have rewards waiting on you when you get there. Along with the [redacted] weapons and armor, everyone who completes the raid will earn this emblem.