Hello there !   Welcome to Lore Sheet, a comprehensive summary covering a major piece of lore in the Destiny universe. Since it's the first of many I plan on posting, I thought I'll start by covering the first race we encoutered back in Destiny 1 : the Fallen ! 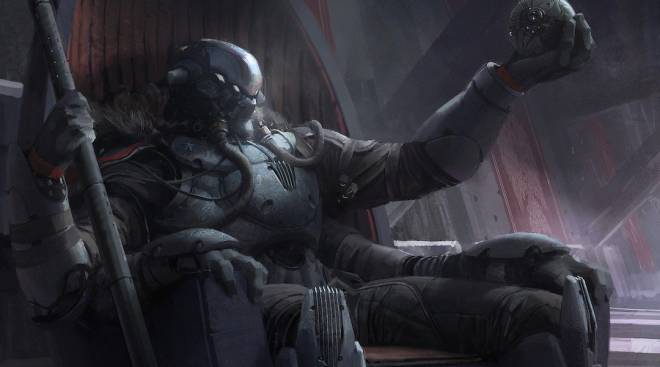 GENERALITIES   The Fallen, also known as the Eliksni in their own language, are an instectoid alien species that came to the Solar System in pursuit of the Traveler.   Once a noble race, their are now reduced to scavenging and raiding for their survival after losing their homeworld.

ORGANIZATION   The Fallen are organized into Houses. A House is a faction in itself, with its own leadership and goals. A House is led though a triumvirat, comprised of a Kell, an Archon and a Prime Servitor. - The Kell is the leader of the House. He rules the Fallen under his banner, but also the flow of Ether in the House. - The Ether is produced by the Prime Servitor, which is why it is revered as a god by the Fallen. - The Archon is the high priest of the House, and also a field commander as well as a cheif engineer. He is the link between the Kell and the Prime Servitor.   The stability of a House depends on the three leaders being present. Without a Kell, the House is vulnerable to infighting. Without an Archon, the Prime Servitor is vulnerable to attacks. Without a Prime Servitor, A House isn't able to produce new minor Servitor to distribute the Ether.   In Destiny 1, we encoutered several Houses, each with different motives :   - House of Devils Cloaked in red, the Devils were located in the Old Cosmodrome on Earth. Guardians share a particularly bloody history with this House, since their were a war with us to regain control of the Traveler. 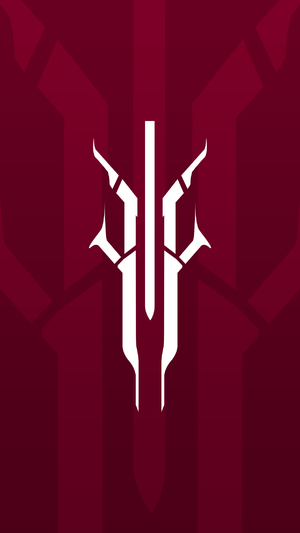 - House of Kings Cloaked in gold, the Kings were also located in the Old Cosmodrome on Earth. This House was the most secretive of all, but their goal was also to reclaim the Traveler. Sly and cunning, the Kings used the other Houses like the House of Devils as proxys to reach their goals. 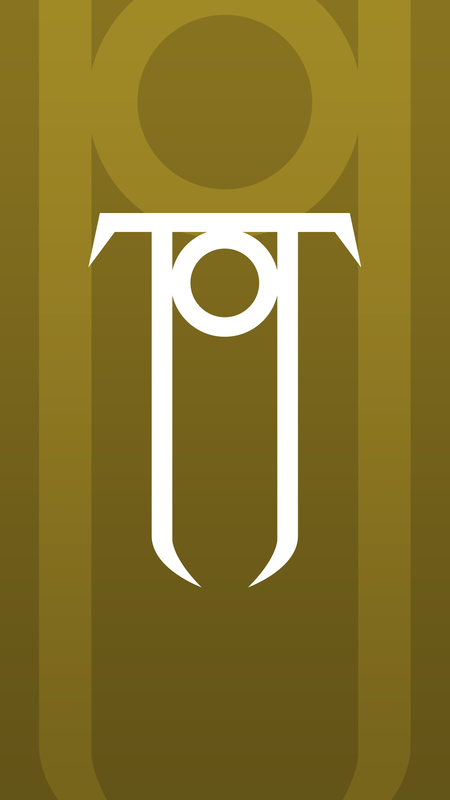 - House of Winter Cloaked in pale blue, the House of Winter were located on Venus. The interest of this House lied in discovering the secrets of our Golden Age, by trying to break into the Ishtar Archives. - House of Wolves Cloaked in blue, the House of Wolves is a very interesting one. After their Kell was killed in battle against the Awoken, a power struggled raged on within the House. Eventually, Skolas rose to Kellship, and waged war on the Awoken during the Reef Wars. He got betrayed by Variks, of House of Judgment, which ended up in him being captured and his House sudbued by Mara Sov, the Queen of the Reef.   During the events of the second DLC of Destiny 1, the Wolves rebelled and joined Skolas, who proclamed himslef Kell of Kells. The rebellion was crushed by the Guardians of the Last City, and Skolas ended up in the Prison of Elders. 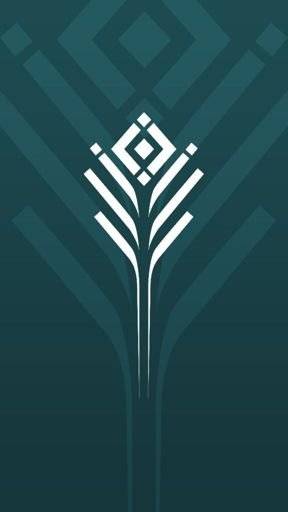 - House of Judgment Also cloaked in green, this House is only represented by Variks, our Fallen ally and the warden of the Prison of Elder. This House is one of the oldest House to have ever existed, and was tasked with keeping peace between the Fallen Houses. The interest of Variks is to preserve the Eliksni race by all means necessary. 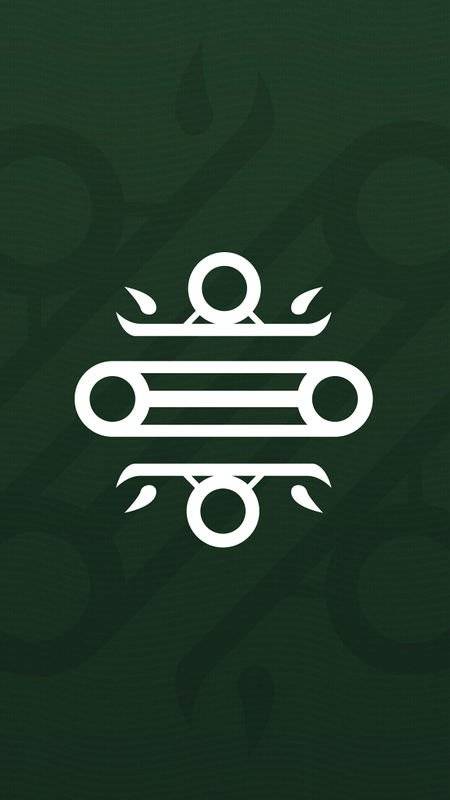 In Destiny 2, all those houses do not exist anymore. The Fallen threw down their banners and merged into one signle House, House of Dusk, in order to survive.

STRUCTURE   As space pirates, The Fallen are structured into crews. A crew is composed of Dregs and Vandals, and is led by a Captain.   The Captain commands his crew by brute force, as a sign of weakness will end up with a knife in the back. Usually, most Captains swear fielty to a House, but some can operate independently, for example as mercenaries. Captains can sometimes become Barons, and lead not only their crew, but a flotilla. Vandals serves as skilled combattants and workers. They aspire to become Captain and command their own crew. Dregs are the lowest class of Fallen. They only have two arms, the other two being severed as an humiliation and to assure their obedience. If they managed to survive, they can become Vandals and regrow their arms. Servitors are vital to the crew, as they provide the Ether that will sustain its members.

MAJOR EVENTS   The Fallen history has been marked by numerous major events :   - Golden Age The Fallen, just like us, were blessed by the Traveler. Thus, they had a Golden Age of their own on their homeworld. They revered the Traveler as a God, and called it "The Great Machine".   - The Edge Wars During the Golden Age, the Houses engaged in infightings known as the Edge Wars. This conflict was stopped by Craaks, Kell of Kings, and the House of Judgment. Even though peace was made, it was a tedious peace, and the Houses never had good relations with each other in the first place.   - The Whirlwind Eventually, the Traveler fled and left the Fallen. What followed is thought to be the arrival of the Darkness. The Fallen were decimated, their homeworld and their nobility lost. This event is known as the Whirlwind, similar to the Collapse of humanity, and marks the start of their pirate life.   - Departure The survivors of the Whirlwind decided to chase the Traveler in order to regain its favors. This led them to our Solar System, shortly after the Collapse of Humanity. This is where they encoutered us, and started to terrorize humans. Clashes with early guardians became frequent, and ended up in the Eliksni siege of the Last City on Earth.   - Battle of Six Fronts This battle opposed the House of Devils against the Guardians of the last City. The Devils stage a coordinated attack on six fronts, all of which were held by only four orders of Titans. Guardians such as Zavala, Saint-14, the Iron Lords and Osiris became legends during the battle, and the Devils were beaten without a single front falling.   - Battle of Twilight Gap The Guardians had to face three Houses during this legendary battle. Craaks, Kell of Kings, manipulated the Houses of Devils, Winter and Wolves into attacking the City as a united force, but the Wolves were beaten while en route to Earth by the Reef. The House of Devils, Kings and Winter fought against the Guardians, who barely managed to push them back, partly thanks to Lord Shaxx who led the counter attack against orders.   - Reef Wars The House of Wolves, stopped in their attempt to join the Battle of Twilight Gap, engaged in a conflict with the Awoken of the Reef. This conflict ended with their defeat, and Mara Sov as their new Kell.   - Our Guardian's efforts in Destiny 1 Vanilla Our guardian did a number on the Fallen ranks. We crippled the Devils' leadership by taking down their Archon, Riksis, and their Prime Servitor, Sepiks. We severed the head of House Winter by personnaly killing the Kell of Winter, Draksis, as well as their Archon Priest, Aksor.   - Wolves Rebellion The House of Wolves rebelled against the Reef to join Skolas, who proclamed himslef Kell of Kell following and ancient Fallen prophecy. However, Our guardian crushed the rebellion and helped the Awoken of the Reef to capture Skolas in the process.   - The Taken War During the war against Oryx, the Fallen suffered numerous losses due to Fallen leaders being Taken.   - SIVA Crisis After the end of the Taken War, the Devils discovered SIVA, a Golden Age technology initially designed to help humanity colonize the stars, turned into a weapon and controlled by Rasputin at some point until the Iron Lords sealed it, not without tremendous losses in their ranks. The Devils modified themselves with SIVA thanks to their Splicer Sect, and broke free of their need of Ether. Our Guardian, along with Lord Saladin, destroyed the SIVA Replication Chamber and destroyed the Splicer Devils leadership, comprised of Sepiks Resurected (with SIVA), Vosik the Archpriest, and Aksis, Archon Prime.   - End of the Houses Losses after losses, the Fallen Houses abandoned all their territory and merged into one single House, House of Dusk. This was made possible by the action of Craask, Kell of Kings, who refused to see the Fallen become extinct. He made a deal with Uldren Sov, as the other House would listen to the Awoken Prince. Craaks was mutilated afterwards by Fikrul the Fanatic, as the Fallen were not essential to Uldren's plans anymore.   - Variks, Kell of Judgment Variks witnessed the downfall of his race, but at the end only him remembered the old ways of the Eliksni, as all the other Fallen who did were dead. During the event of Forsaken, he caused the prison break, and vanished after leaving a message in High Speech, hoping that the Fallen would answer the call of House Judgment, one of the fore Houses and last keeper of the Eliksni ways. He also proclamed himslef Kell of Judgment, envoy of the Eliksni to preserve his race.

RELATIONS WiTH OHTER RACES   The Fallen don't have alliances with the other races. They have battled th Hive and the Vex over technology and territory, but have stayed clear from the Cabal until the Red War.   They obvioulsy hate humanity because we were gifted by the Traveler as welln while they were abandonned by it.

CURRENT POSITION   The Fallen have suffered catastrophic losses at the hands of their numerous ennemies, but especially at the hands of the Guardians and the Awoken. Even though they regrouped into the House of Dusk, they got fooled by Uldren and have to face the Scorn as a new ennemy.   Besides, not a lot of Fallen remember the old ways of the Eliksni, and one of Variks' fears is that they disapear completely.

NOTABLE FACTS   - Even though the Fallen have lost their nobility as a race, it is still a notion that is present in their rank. For example, a Fallen having two of his arms severed will become a Dreg, which is a dishonor in itself.   - The stature and size of the Fallen depends on their Ether intake. The less Ether a Fallen takes, the weaker he will be.   - Houses other than the ones that were covered here existed prior to the withdrawal of the Houses. Some examples are House of Rain, destroyed in the Whirlwind, House of Scar, destroyed by House of Winter, and House of Stone, which battled the Taken and were possibly Taken themselves.   - Variks is secretely the Darkness itself. In Destiny 3, he will come for all of us, yelling "SYLOK THE DEFILED" over and over.