What Destiny Could've Been

I love reading about how stories could've turned out if a writer hadn't left or if the story hadn't gone through another round of rewriting. When I get the opportunity to read about story leaks & leaks about beta builds of a game, I'm there lol. On a side note, if you're into reading about beta versions of games or about unreleased games then you'll enjoy the website unseen64.net.   Going back to my post, Destiny went through some pretty crazy changes prior to it coming out in the shape and form that we've come to know it. The biggest change or the most interesting change came in the form of the nature of the Traveler. In the released version of the game, the Traveler is a source of guidance, light, and life. The original version is a whole other story...   Here's where the unreleased version of the game gets good, the Traveler is not some benevolent being/source of energy. From what has been leaked, the Traveler is, in fact, a malevolent being. It's the source of the destruction of humanity and is also attracting all of the evil forces that the brave Guardians are fighting. There's an interesting twist, the Traveler is still the force behind resurrecting people and turning them into Guardians. Unfortunately, we don't know much more about the original version of the story/lore besides some of the leaks and through the Grimoire which hints at the previous version of the story/lore.   I honestly believe that Destiny would've been leagues better if the original story was kept in place. Imagine fighting against the Traveler. Shit that would be insane to take it on. The Traveler is a god-like being in the truest sense because it can do almost anything (from what I can remember). 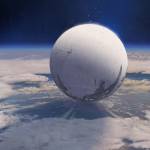 Destiny 2: Forsaken might initiate a huge change in Destiny’s lore Forsaken’s story gets darker than anything that came before www.polygon.com 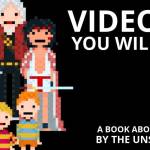 Unseen64: Beta & Cancelled Videogames Unseen 64 is an archive to preserve info, screens and videos for beta and cancelled videogames, that were changed during development or never released. www.unseen64.net